This Week in Security News: Spam Campaigns and Cryptocurrency Miners 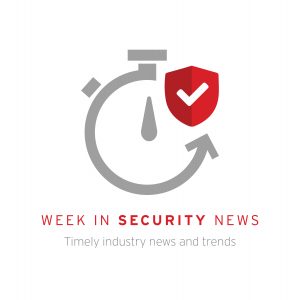 Welcome to our weekly roundup, where we share what you need to know about the cybersecurity news and events that happened over the past few days. This week, learn about advanced targeted attack tools being used to distribute cryptocurrency miners as well as a spam campaign targeting European users.

Advanced Targeted Attack Tools Found Being Used to Distribute Cryptocurrency Miners
Regular cybercriminals appear to be taking a page from targeted attack actors’ playbooks — or rather, toolkits — to maximize their profits from illicit activities like cryptojacking.

Congress to Take Another Stab at ‘Hack Back’ Legislation
Rep. Tom Graves, R-Ga., is reintroducing a bill that would allow companies to go outside of their own networks to identify their attackers and possibly disrupt their activities.

License Plates, Photos, Passwords and More Stolen in Two Separate Breaches
Two major breaches, one at US Customs and Border Protection and another with a retro gaming site Emuparadise, highlight the need for effective data protection.

Have I Been Pwned Is Looking for a New Owner
Owner Troy Hunt revealed he’s looking for an acquirer for the breach notification service he set up called “Have I Been Pwned”. Traffic to the site has exploded since January when he uploaded a 773 million record list of breached emails and passwords that could be used for automated unauthorized logins.

Shifting Tactics: Breaking Down TA505 Group’s Use of HTML, RATs and Other Techniques in Latest Campaigns
In their latest campaign, cybercriminal group TA505 used HTML attachments to deliver malicious .XLS files that lead to downloader and backdoor FlawedAmmyy, mostly to target users in South Korea.

MuddyWater Resurfaces, Uses Multi-Stage Backdoor POWERSTATS V3 and New Post-Exploitation Tools
Analysis of new campaigns wearing the badge of MuddyWater revealed the use of new tools and payloads, which indicates that the well-known threat actor group is continuously developing their schemes.

CVE-2019-2725 Exploited and Certificate Files Used for Obfuscation to Deliver Monero Miner
Feedback from the Trend Micro Smart Protection Network security architecture revealed a cryptocurrency-mining activity involving the CVE-2019-2725 vulnerability, but with an interesting twist — the malware hides its malicious codes in certificate files as an obfuscation tactic.

The post This Week in Security News: Spam Campaigns and Cryptocurrency Miners appeared first on .