See the Unseen in AWS Mirrored Traffic With the VM-Series

Equally exciting, Palo Alto Networks has built an integration of its VM-Series Virtualized Next-Generation Firewall with AWS traffic mirroring capability. The VM-Series is the industry-leading virtualized firewall protecting your applications and data with next-generation security features that deliver superior visibility, precise control, and threat prevention at the application level.

The VM-Series has supported AWS cloud since 2014 with inline security protections for application workloads running in the cloud. According to Mukesh Gupta, vice president of Product Management at Palo Alto Networks, “Enterprises require consistent security in the cloud without sacrificing deployment flexibility and choice. Along with inline threat prevention capabilities, the integration of the VM-Series with the newly announced AWS traffic mirroring capability gives organizations a choice to deploy the firewall out-of-band for application visibility and advanced threat detection in AWS cloud.” 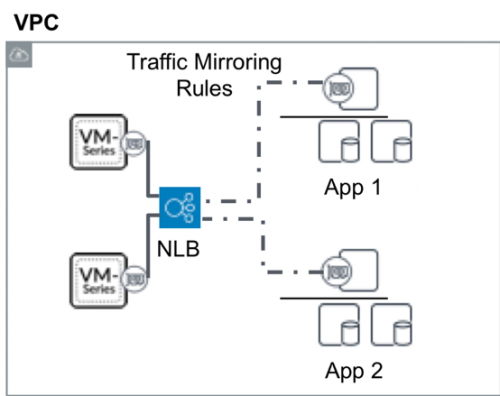 The VM-Series on AWS can analyze, filter, and process the raw data available through the AWS traffic mirroring capability within AWS cloud and provide contextually rich application, content, and threat information. The need for extracting data out of AWS cloud for further processing is eliminated, saving cost and providing deep insight into network traffic. Based on this more in-depth inspection, customers can choose to enable alerts for a wide range of security issues, for example:

Based on the visibility and detection (in logs), you can filter for events, and enable alerts and actions that can trigger remediation using Action-Oriented log forwarding using HTTP(S). This provides a webhook to create a ticket in a service desk system or a security orchestration and response tool, such as Demisto, or launch an AWS Lambda function, which can quarantine by shutting down the instance or lock down the Security Group. 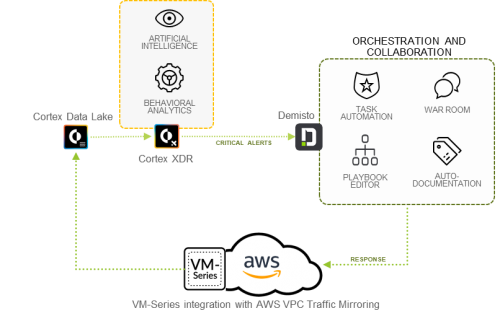 To learn more, we encourage you to follow these links:

The post See the Unseen in AWS Mirrored Traffic With the VM-Series appeared first on Palo Alto Networks Blog.