As previously reported, malicious TLS callbacks, as an anti-analysis trick, have been observed for quite some time and can allow for PE files to include malicious TLS callback functions to be executed prior to the AddressOfEntryPoint field (the normal start of intended execution) in the PE header. In essence, unsuspecting analysts and automated security tools can miss the actual entry point to malcode if they do not account for it in the beginning of their analysis and insert a breakpoint on the regular offset pointed to by AddressOfEntryPoint.

We recently came across a Ursnif/Gozi-ISFB sample that manipulated TLS callbacks while injecting to child process. Though many of the malware binaries (or their packers) use some variation of GetThreadContext/SetThreadContext or CreateRemoteThread Windows API functions to change the entry point of the remote process during injection, this sample (and the related cluster) is using a relatively lesser-known stealth technique. This little deviation from the standard textbook approach may cause some generic unpackers or tools to break following the execution flow, if they do not account for the technique.

Since early 2017, we have regularly observed the abuse of compromised Sharepoint accounts to host malicious payloads, with distribution of URIs via spam emails. Some of the major campaigns we’ve observed involve distributing Dridex within the UK and Ursnif/Gozi-ISFB in Australia. The recently observed Ursnif variant discussed in this post was discovered via a spam email. A sample lure can been seen in Figure 1. 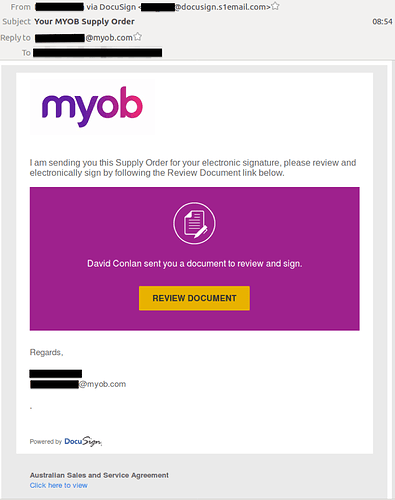 After clicking on the “REVIEW DOCUMENT” button, the malware downloads a ZIP file named YourMYOBSupply_Order.zip from the following location:

The ZIP file contains a malicious JavaScript file that, when executed, will download and execute the Ursnif/Gozi-ISFB payload.

The activities of the distribution are difficult to identify within an organization’s normal network activity because the command and control (C2) server of this payload communicates over HTTPS and the compromised Sharepoint accounts being used also communicate over HTTPS.

Next, for process hollowing of svchost.exe, the malware creates a section object and maps the section using ZwMapViewOfSection. It uses the memset function to fill the mapped section with zeroes, and then leverages memcpy to copy the unpacked DLL to that region. The malware then resolves three lower level API functions by walking the ntdll.dll module.

The malware then constructs its entry shellcode into a newly mapped region in memory.

In an effort to manipulate and identify the mapped sections of the child process, it reads out the PEB structure of the process using a call to ZwReadVirtualMemory.

The malware will then change protection permissions of the PE header of the child process to enable write access to that page. It then uses a call to ZwWriteVirtualMemory to write 18 bytes of buffer at offset 0x40 from the start of svchost.exe process executable in the target child process. The malware then cleverly changes the region protection back to “read only” to avoid suspicion.

Again, it repeats the procedure of changing protections for the PE image of svchost.exe to write 8 bytes at an offset of 0x198 bytes from the start of the process executable.

The TLS directory structure, when used to parse out that buffer of 0x18 bytes, points to an offset containing a list of pointers representing AddressOfCallBacks (see Figure 3).

If we take a look at offset 0xe058, it points to the list of AddressOfCallBacks (Figure 4), and if we go to the offset 0xe058 in memory we are pointed to the only callback address at offset 0xe068 - which is in fact the actual entry point code (Figure 5). 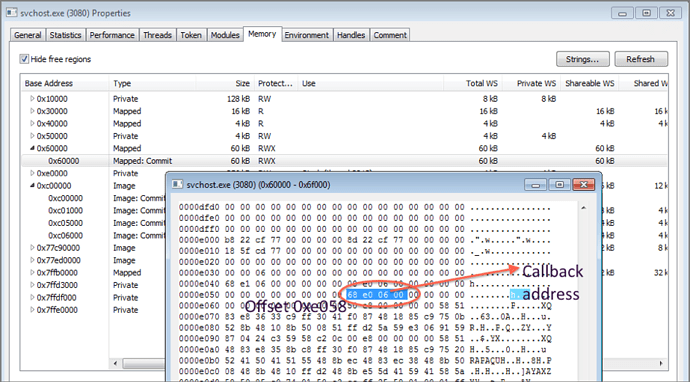 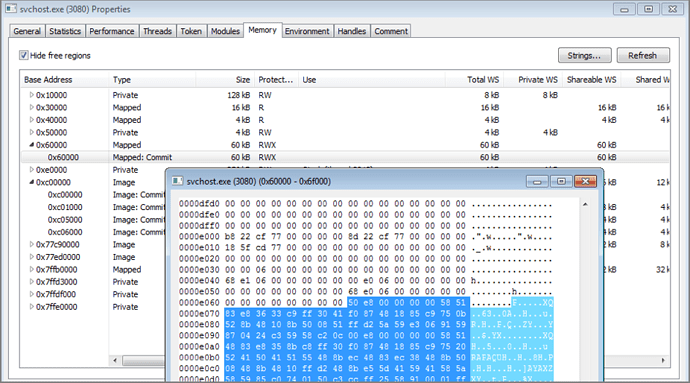 This newer variant shows that actors are not only modifying the malware to evade signatures, they are also equipping them with stealthier techniques. Unaware debugging environments or detection frameworks can potentially miss the actual hidden TLS callback entry point, allowing the malware to perform its malicious activities under the hood.