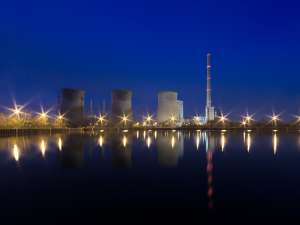 Why cyber warfare is becoming so important

In the early stages of any war, the first action is to try and disrupt the infrastructure of an enemy. In recent years, this means risking people’s lives to bomb key infrastructure, like power plants, bridges and fuel depots.

With key utilities crippled, society quickly breaks down, making it very hard for the country to continue. Were all of the UK’s power stations to be destroyed, daily life would change drastically. There would be immediate shortages of almost every resource, placing great strain on the population. Some estimates suggest that as much as 90% of the total population may die if power could not be restored within a matter of days.

To attack enemy infrastructure, an army must risk its soldiers’ lives. A successful campaign looks to minimise those risks as much as possible. Which is why cyber warfare is becoming so important.

Most utility infrastructure is now computer-controlled, which means it is also connected to a network, allowing data to be moved around the facility. If this network can be compromised by hackers, they can take control of key systems inside the power plant. In the event of actual war, these compromised systems can be used to take down the power grid completely.

Using cyber warfare techniques, nation states can attack each other without endangering any of their troops.

Cyber warfare is a genuine threat to society

This scenario sounds like a science fiction story – but we are already seeing these techniques being used in the real world. Ukraine has experienced a number of serious cyberattacks in recent years, taking key infrastructure offline for several hours at a time.

Expert analysis shows that these coordinated attacks are being organised from outside Ukraine itself. Indeed, some even suspect that the attacks are being sanctioned by the Russian government in an effort to maintain political influence within Ukraine.

Serious attacks against power stations and utilities are thankfully relatively rare. Indeed, Ukraine appears to be the only country to have publicly acknowledged that their infrastructure has been attacked by a hostile third party.

But that does not mean these kinds of attacks will not become more commonplace. Governments across the world are already creating cybersecurity teams to identify and block attacks to protect national infrastructure and avert a disaster.

In the meantime, we can all play a part in helping to protect against cyberattack. By installing antimalware tools, you can prevent hackers from using your computer as part of an attack. The more computers we can protect, the harder it becomes for attacks to succeed.

You can get started right away – download a free trial of Panda Protection now.