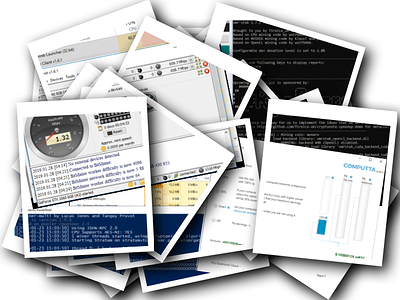 Cryptojacking or malicious cryptomining is a new type of threat that can be described as the unsolicited use of a user’s computing device to mine cryptocurrency. There are two types of cryptojacking attack: general-purpose and targeted.

In a general-purpose attack, cryptominer is installed on the infected device typical as a result of a mass spam campaign that leveraged social engineering techniques to established a foothold on a victim’s machine. Alternatively, such attacks may end up in ransomware delivery. Typically, Trojan-Downloaders once executed on a user’s machine check for the number of CPU/GPUs and, if there are two or more of them, malware gives favor to the installation of cryptomining software.
For example:
On the contrary, in the case of a targeted attack, criminals search for ways to get access to corporate environments, mostly located in the cloud, with the high computational capacity to mine cryptocurrency at the expense of the compromised tenant. One of the common ways attackers get access to a corporate cluster in the cloud is searching for secrets such as keys, logins, and passwords that have been mistakenly published by engineers in configuration files to the public code repository services such as Github and Gitlab. Attackers use for that purpose the secrets crawlers, for example, TruffleHog. Another is scanning the Internet for exposed due to misconfiguration machines using the Shodan vulnerability and exposure scanning service.

Examples of targeted cryptojacking attacks:
Malicious cryptomining could be also run in the Internet Browser using the Coinhive API, which was recently shut down due to misuse. While this technique is not malicious itself, but running it without the user’s consent made it illegal.

Therefore, we as well as many other security vendors consider cryptominers as Potentially Unwanted Software (PUS) and decided to test enterprise anti-malware solutions against them.
Read the full report by the link.