Will GOP retaliate against Big Tech for censuring President Trump? 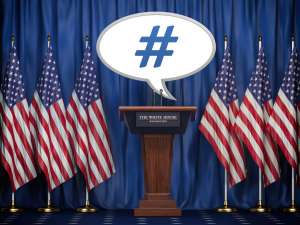 Some of the most recognized brands in the tech industry, including Facebook, Twitter, Snapchat, YouTube, and Reddit, banned the United States’ sitting President from using the digital platforms. Donald Trump suddenly lost tribunes that gave him access to more than one hundred million followers. Initially, the bans were supposed to last until Joe Biden’s Inauguration Day, but some tech companies vouched to extend the ban indefinitely.

The Big Tech ban came as soon as the republican party lost control in the Senate and lost the 2020 presidential elections. Big Tech silenced President Trump and tens of thousands of its supporters. Facebook went after senators too – the tech giant suspended the official account of a Virginia state senator and gubernatorial candidate. Many video channels, hosted by the Google-owned platform YouTube, were deleted overnight.  Big Tech said that those bans are imposed on everyone who they believe violate the companies’ terms and conditions.

Many internet users, predominantly Republicans, angered by the censorship, started looking for social media alternatives such as Parler. Apple and Google saw the spike and deleted the app from their stores. Even after Parler was banned, users continued to flock to Parler’s website. Then Amazon joined the crowd and banned Parler from using its hosting services. This put an end to the social media platform with more than ten million predominantly republican users.

With the support of the DNC, Big Tech felt brave enough to silence the voice of the leader of the free world, senators, content creators, and thousands of conservatives. Statements made by many conservative public speakers were marked as “false news.”

However, in the 2020 presidential election, Donald Trump managed to get more than 74 million votes. This is more votes than Barack Obama got in the 2008 and 2012 presidential elections and way more than Hillary Clinton got in 2016. Even though the House impeached him twice, and mainstream media says that he is an unpopular president, Donald Trump represents the voice of nearly 75 million Americans. Big Tech’s behavior has angered many of these tens of millions who voted for GOP’s presidential nominee. Internet service providers from predominantly red states have already started banning Twitter and Facebook. Tens of thousands of people have deactivated their accounts on many social media networks who banned Donald Trump as a sign of protest against Big Tech’s censorship.

No one knows what will be the future – in 5-6 years, the tables of power may turn, and GOP might decide to retaliate and work towards pushing companies such as Facebook and Twitter to bankruptcy. Even Jack Dorsey, CEO of Twitter, admitted that banning President Trump set a precedent he feels is dangerous, and he is probably right. There is no guarantee that the DNC will forever hold the majority of all three government branches, and when the GOP gains more power Silicon Valley might end up being in trouble. If the wind starts blowing in the opposite direction this decade, the world may see Jack Dorsey and Mark Zuckerberg being the ones who are silenced. Time will show.