Here are the results of my analysis of TrickBot Banking Trojan mcconfs shared up to the end of the week commencing 18th December 2017. This analysis covers 1,111 unique C2 IP addresses used in 234 mcconfs across 101 versions, with a highest version of 1000109.

The following graph shows the rate of discovery of TrickBot versions in the wild, based on shared mcconfs. (Note: The flatter the line, the more frequently versions are discovered.) 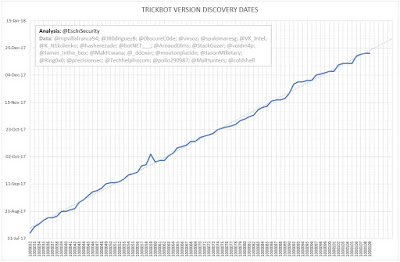 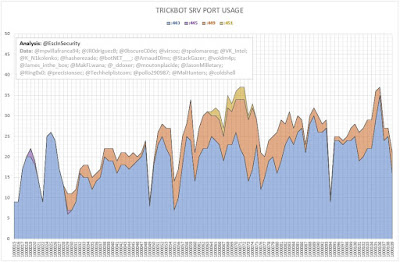 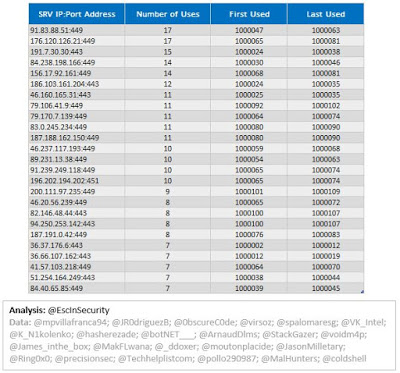 The following table shows the breakdown of detected TrickBot campaign ‘gtag’ (group tags) values used in the 234 mcconfs analysed. As noted earlier, the ‘solinger’ tag was noted within versions 1000021 and 1000022.

90 C2 servers were used in the analysed week’s mcconfs, of which 62 were new. The BGP prefix registrations for the C2 server IP addresses continue to be heavily biased to RU. The new servers’ IP addresses are allocated to 33xRU, 9xLU, 4xNL, 3xCZ, 3xEC, 2xBG, 2xPL, 1xFR, 1xGB, 1xKZ, 1xLV, 1xMY, and 1xUA. 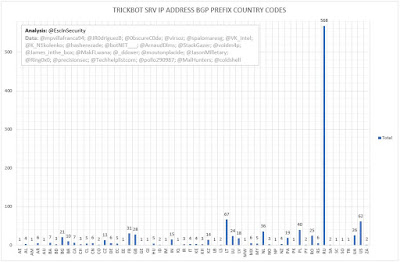 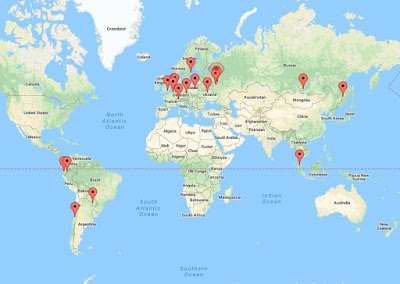 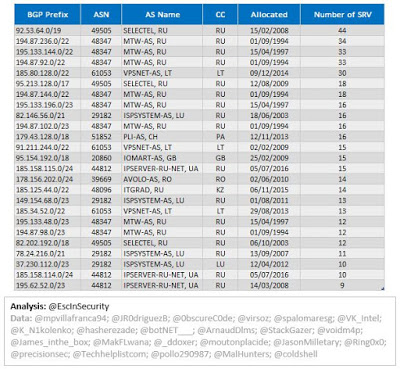