Cybersecurity has become a critically important field, and due to recent events, a well-known one. Massive data breaches seem to happen weekly, in fact research indicates these breaches are growing in size, complexity and frequency.    The Equifax credit reporting database breach, the Securities and Exchange Commission breach and Bell Canada are a few among many this year.  Unfortunately, the list is long and growing. 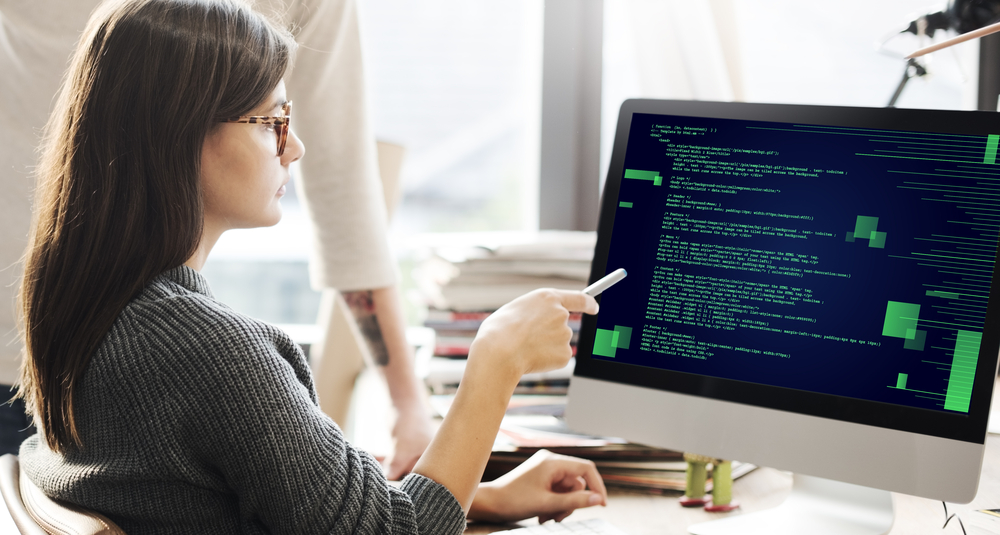 Fortunately, the list of smart defenders is growing and you’ll note have been around as long as cyber security has been.

If you have been paying attention, Time recently revealed a list of Women leaders who are changing the world.  It is no coincidence they have followed this up with an article on the Women who helped pioneer the field of Cybersecurity.   Hackers have been around since World War II when governments began sending encrypted messages.

Women played an important role in the early days of cyber security.  Luckily, they were the “good girls” of cyber.  One of the best white-hat hackers from the U.S. was Agnes Meyer  Driscoll.  Agnes worked for the U.S. Navy and hacked the manual encryption system used by the Japanese Navy during the 1920s.  Since women weren’t officially in the Navy, Agnes stayed land-locked while she trained the male naval commanders.   Thanks to Agnes, a former school teacher, the U.S. Navy was victorious at the Battle of Midway.

If you need more evidence of women cyber pioneers, do some research on the woman newspapers called “the woman all spies in U.S. fear.”  Elizebeth Friedman used her hacking skills to hack ship-to-shore messages between criminals during Prohibition.

Need a little more convincing that scholars rule the world?  Bletchley Park was the British site for cryptanalysis during the war and recruited mainly from academia.  Bletchley Park was home to the Government Code and Cypher School which penetrated the secret communications of the German Enigma and Lorenz cipher.  More than 8,000 women worked at Bletchley Park, representing about 75% of the employees.    Most worked in administrative roles doing important support work, such as: operating cryptographic machinery; translating of enemy documents; and traffic analysis.  However, there were a few women working as codebreakers.

Joan Clarke was one of those women. Joan, along with Alan Turing (whose story was the basis for the movie The Imitation Game), worked as a codebreaker at Bletchley Park.  Some women also worked on the ciphers themselves. Margaret Rock worked on German and Russian codes. Rock was described by Dilly Knox (another well-known codebreaker who helped decrypt the Zimmerman Telegram during WWI), as “the fourth or fifth best in the whole of the Enigma staff.”

I have often seen the phrase “well-behaved women rarely make history”.  I’m not advocating total anarchy, but I do advocate pushing beyond the norm, beyond the status quo.  So how do we create our own history?

Have the courage of your beliefs and express them.  It doesn’t matter if you are the only woman in the room if you don’t allow it to matter.  You are in the room because you have valuable input and experience.  Arm yourself with knowledge and business reasoning.  Your confidence in yourself, your comfort with who you are affects how others treat you.  There are no gender specific characteristics that limit you.

Research, as well as my own experience, shows that women are less comfortable with risk.  Most of us believe we need more skills than we possess to work in cyber security.  This is the same thought process that prevents us from applying for jobs if we don’t have 100% of the requirements listed.  You don’t have to master everything all at once.  If you are missing skills that would help you excel, then work to learn and develop those skills.  Take opportunities to learn and stretch your capabilities.  Remember, Agnes was a school teacher.  Her affinity for languages led her to be a successful hacker.  It isn’t always the most obvious path that leads to success.

Don’t wait for opportunity to knock.  And don’t wait for it to be perfect.  Seek out new projects, suggest new strategies for solving the challenges facing your company.

We recently surveyed the women within our organization and two things arose as major concerns; the lack of career opportunity and the need for mentorship.  I think these two concerns overlap to a certain extent and I believe we, as individuals and as women, can do something about it.  Yes, companies need to get better at communicating opportunities and allowing women “line of sight” for important projects, but we need to be better at asking for them and creating them.   Start by owning your career and its direction.  Mentoring is a little harder, but still a challenge we can tackle.  If your company doesn’t have a formal program, build your own.  Start by digging into what mentorship means, what you need to bring as a mentee, and what you are looking for in a mentor.

Remember Elizebeth?  She was a school teacher too.  I’m sure she didn’t wait to be asked to be a pioneer, she just did it.

Push your boundaries.  When was the last time you had a proactive conversation with your manager?  Did you outline what you want?  Do you contribute and show your value?  Management needs to do their part as well, but we need to communicate what we want and how we can contribute.

I help facilitate our new employee on-boarding and I often ask participants how many are in sales.  The answer should be “everyone”.   We all sell our ideas and our priorities to drive our initiatives forward.   Knowing you’re in sales, how are you presenting yourself?  How are you selling your ideas and convincing people to support them?

So many times, women in IT are so consumed with getting the job done and driving for excellence we either forget too or don’t feel we have time to support others along the way.  Some of the commonly cited reasons for women who leave or don’t join the industry do so because of the lack of female role models and stereotypes.  It is critical that women pave the way for others who may have a passion or interest for the field but are dissuaded by the low representation of women.  We need to support others and help raise the visibility of women – promoting their line of site to opportunities.

Why should you take time to support and help others? Because it matters.  Cyber security is critical to the overall safety and security of the entire globe.  According to an Intel survey, 71 percent of the 775 respondents said the shortage in cyber security skills causes direct and measurable damage.

The lack of diversity in the cyber security talent pool is no longer a secret. As companies seek to balance out their security staff they are actively seeking women. Not only is employing a more diverse staff beneficial from a public image standpoint but more importantly, a diverse workforce drives innovation.

According to the National Initiative for Cybersecurity Careers and Studies, “Diversity encourages a culture where divergent opinions can be brought together to develop innovative solutions to solve some of the toughest problems our nation faces today.”

So be yourself, push boundaries, and lead.  Be like Agnes and Margaret and Joan.

The post We Need More Women Like Agnes and Elizebeth and Margaret and Joan appeared first on Arbor Insights - Our people, products and ideas.