Palo Alto Networks is proud that Microsoft has recognized our Unit 42 global threat intelligence team with multiple awards for its contributions to vulnerability research, including first place for discovery of Zero Day vulnerabilities. Microsoft also recognized Unit 42 researchers Gal De Leon and Bar Lahav in its annual list of the Most Valuable Security Researchers.

“It’s an honor to be recognized by the MSRC team for responsibly disclosing these vulnerabilities to Microsoft and providing information needed to develop patches and protect customers,” Gal De Leon said. 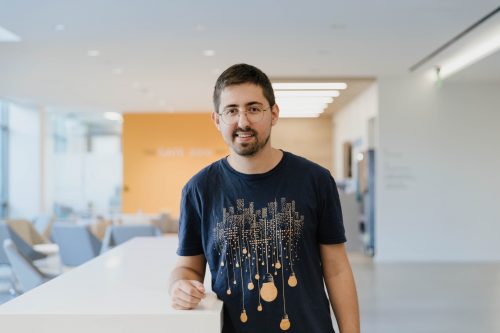 Zero-Day vulnerabilities are flaws in the code of legitimate applications and operating systems that haven’t been previously identified. They can be exploited by threat actors to launch attacks which are much tougher for organizations to protect against, even when they are using up-to-date security tools.

We salute all 75 researchers who were honored at this year’s awards, which were presented during the Black Hat conference in Las Vegas.

Microsoft looks at the volume of vulnerability reports as well as their impact and accuracy when deciding who to recognize, according to Sylvie Liu, security program manager for MSRC Community Programs.

Palo Alto Networks has identified more than 200 vulnerabilities in the ecosystems of vendors including Adobe, Apple, Google Android and Microsoft.

By proactively identifying these vulnerabilities, developing protections for our customers, and sharing the information with the security community, we are removing weapons that attackers use to threaten organizations. Palo Alto Networks is a key participant in the Microsoft Active Protections Program, which provides early access to vulnerability information so that we can provide proactive protection to customers through Next Generation Firewall Threat Prevention Security Services subscriptions and Traps Advanced Endpoint Protection.

Unit 42 reports on zero-day vulnerabilities and other threats are available on its threat research blog. 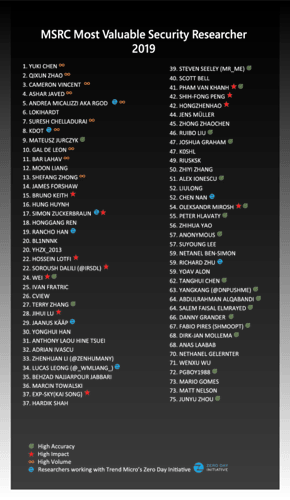