FireEye can now confirm that we have uncovered and are responding to an additional intrusion by the attacker behind TRITON at a different critical infrastructure facility.

In December 2017, FireEye publicly released our first analysis on the TRITON attack where malicious actors used the TRITON custom attack framework to manipulate industrial safety systems at a critical infrastructure facility and inadvertently caused a process shutdown. In subsequent research we examined how the attackers may have gained access to critical components needed to build the TRITON attack framework. In our most recent analysis, we attributed the intrusion activity that led to the deployment of TRITON to a Russian government-owned technical research institute in Moscow.

The TRITON intrusion is shrouded in mystery. There has been some public discussion surrounding the TRITON framework and its impact at the target site, yet little to no information has been shared on the tactics, techniques, and procedures (TTPs) related to the intrusion lifecycle, or how the attack made it deep enough to impact the industrial processes. The TRITON framework itself and the intrusion tools the actor used were built and deployed by humans, all of whom had observable human strategies, preferences, and conventions for the custom tooling of the intrusion operation. It is our goal to discuss these adversary methods and highlight exactly how the developer(s), operator(s) and others involved used custom tools in the intrusion.

In this report we continue our research of the actor’s operations with a specific focus on a selection of custom information technology (IT) tools and tactics the threat actor leveraged during the early stages of the targeted attack lifecycle (Figure 1). The information in this report is derived from multiple TRITON-related incident responses carried out by FireEye Mandiant.

Using the methodologies described in this post, FireEye Mandiant incident responders have uncovered additional intrusion activity from this threat actor – including new custom tool sets – at a second critical infrastructure facility. As such, we strongly encourage industrial control system (ICS) asset owners to leverage the indicators, TTPs, and detections included in this post to improve their defenses and hunt for related activity in their networks.

FireEye’s SmartVision technology, which searches for attackers during lateral movement activities by monitoring east-west traffic in IT and OT networks, reduces the risk of an attack reaching sensitive ICS processes. This is particularly relevant for sophisticated ICS-related intrusions as attackers typically move from corporate IT to OT networks through systems that are accessible to both environments, far beyond perimeter defenses.

Actor Leveraged a Variety of Custom and Commodity Intrusion Tools

Throughout the targeted attack lifecycle, the actor leveraged dozens of custom and commodity intrusion tools to gain and maintain access to the target's IT and OT networks. A selection of the custom tools that FireEye Mandiant recovered are listed later in this post in Table 1, and hashes are listed in Table 2 at the end of this post. Discovery rules for and technical analysis of these tools, as well as MITRE ATT&CK JSON raw data, is available in Appendix A, Appendix B, and Appendix C. 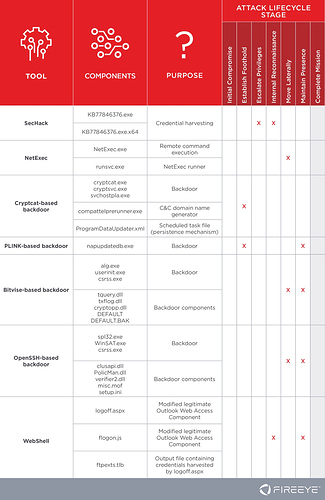 Figure 2: Selection of custom tools used by the actor

The actor's custom tools frequently mirrored the functionality of commodity tools and appear to be developed with a focus on anti-virus evasion. The group often leveraged custom tools when they appeared to be struggling with anti-virus detection or were at a critical phase in the intrusion (e.g., they switched to custom backdoors in IT and OT DMZ right before gaining access to the engineering workstation). In some instances, the actor leveraged custom and commodity tools for the same function. For example, they used Mimikatz (public) and SecHack (custom) for credential harvesting; both tools provide a very similar output (Figure 2). 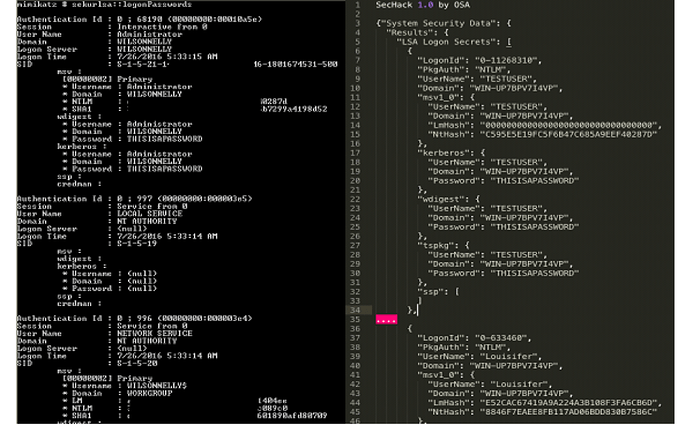 The targeted attack lifecycle of a sophisticated ICS attack is often measured in years. Attackers require a long time to prepare for such an attack in order to learn about the target’s industrial processes and build custom tools. These attacks are also often carried out by nation states that may be interested in preparing for contingency operations rather than conducting an immediate attack (e.g., installing malware like TRITON and waiting for the right time to use it). During this time, the attacker must ensure continued access to the target environment or risk losing years of effort and potentially expensive custom ICS malware. This attack was no exception. The actor was present in the target networks for almost a year before gaining access to the Safety Instrumented System (SIS) engineering workstation. Throughout that period, they appeared to prioritize operational security.

After establishing an initial foothold on the corporate network, the TRITON actor focused most of their effort on gaining access to the OT network. They did not exhibit activities commonly associated with espionage, such as using key loggers and screenshot grabbers, browsing files, and/or exfiltrating large amounts of information. Most of the attack tools they used were focused on network reconnaissance, lateral movement, and maintaining presence in the target environment.

The actor used multiple techniques to hide their activities, cover their tracks, and deter forensic examination of their tools and activities.

Once the actor gained access to the targeted SIS controllers, they appeared to focus solely on maintaining access while attempting to successfully deploy TRITON. This involved strategically limiting their activities to mitigate the risk of being discovered.

Operational Since At Least 2014

Based on analysis of the actor’s custom intrusion tools, the group has been operating since as early as 2014. It is worth noting that FireEye had never before encountered any of the actor's custom tools, despite the fact that many of them date to several years before the initial compromise. This fact and the actor's demonstrated interest in operational security suggests there may be other target environments – beyond the second intrusion announced in this blog post – where the actor was or still is present.

Most sophisticated ICS attacks leveraged Windows, Linux, and other traditionally "IT" systems (located in either IT or OT networks) as a conduit to the ultimate target. Some examples include leveraging computers to gain access to targeted PLCs (e.g., Stuxnet), interacting directly with internet-connected human machine interfaces (HMIs) (e.g., BlackEnergy), and gaining remote access to an engineering station to manipulate a remote terminal unit (RTU) (e.g., INDUSTROYER) or infect SIS programmable logic controllers (PLC) (e.g., TRITON).

Defenders who focus on stopping an attacker in these "conduit" systems benefit from a number of key advantages. These advantages will only grow as IT and OT systems continue to converge.

Leveraging Known Tools and TTPs To Hunt For the TRITON Actor

Historic activity associated with this actor demonstrates a strong development capability for custom tooling. The developer(s) behind these toolsets leaned heavily on existing software frameworks and modified them to best serve the intrusion operations. The developer(s) had preferences regarding the ports, protocols, persistence mechanisms, and other aspects of how the malware operated.

While the preferences of the development team supporting this activity will likely shift and change over time, learning about them is still useful to identify whether their TTPs are applicable to other malware developers and threat actors. Additionally, the actor possibly gained a foothold on other target networks—beyond the two intrusions discussed in this post – using similar strategies. In such cases, retrospective hunting would help defenders identify and remediate malicious activity.

Based on the examination of developer(s) preferences and abstracted adversary methodologies, it is possible to build broader visibility of the TTPs using detection and hunting rules of various fidelity and threat density. The compilation of these rules makes it possible to identify and classify potentially malicious samples while building new "haystacks" in which to hunt for adversary activity.

The TTPs we extracted from this actor’s activities are not necessarily exclusive, nor are they necessarily malicious in every circumstance. However, the TTP profile built by FireEye can be used to search for patterns of evil in subsets of network and endpoint activity. Not only can these TTPs be used to find evidence of intrusions, but identification of activity that has strong overlaps with the actor's favored techniques can lead to stronger assessments of actor association, further bolstering incident response efforts.

The following table provides insights into notable methodologies surrounding the use of custom tools and tips for identifying evidence of this and related activity. Adversary methodologies are also expressed in terms of the MITRE ATT&CK framework (see Appendix C for MITRE ATT&CK JSON raw data).

There is often a singular focus from the security community on ICS malware largely due to its novel nature and the fact that there are very few examples found in the wild. While this attention is useful for a variety of reasons, we argue that defenders and incident responders should focus more attention on so-called "conduit" systems when trying to identify or stop ICS-focused intrusions.

In an attempt to raise community awareness surrounding this actor’s capabilities and activities between 2014 and 2017—an effort compounded in importance by our discovery of the threat actor in a second critical infrastructure facility—we have shared a sampling of what we know about the group's TTPs and custom tooling. We encourage ICS asset owners to leverage the detection rules and other information included in this report to hunt for related activity as we believe there is a good chance the threat actor was or is present in other target networks.

FireEye’s SmartVision technology, which searches for attackers during lateral movement activities by monitoring east-west traffic in IT and OT networks, reduces the risk of an attack reaching sensitive ICS processes. This is particularly relevant for sophisticated ICS-related intrusions as attackers typically move from corporate IT to OT networks through systems that were accessible to both environments, far beyond perimeter defenses.