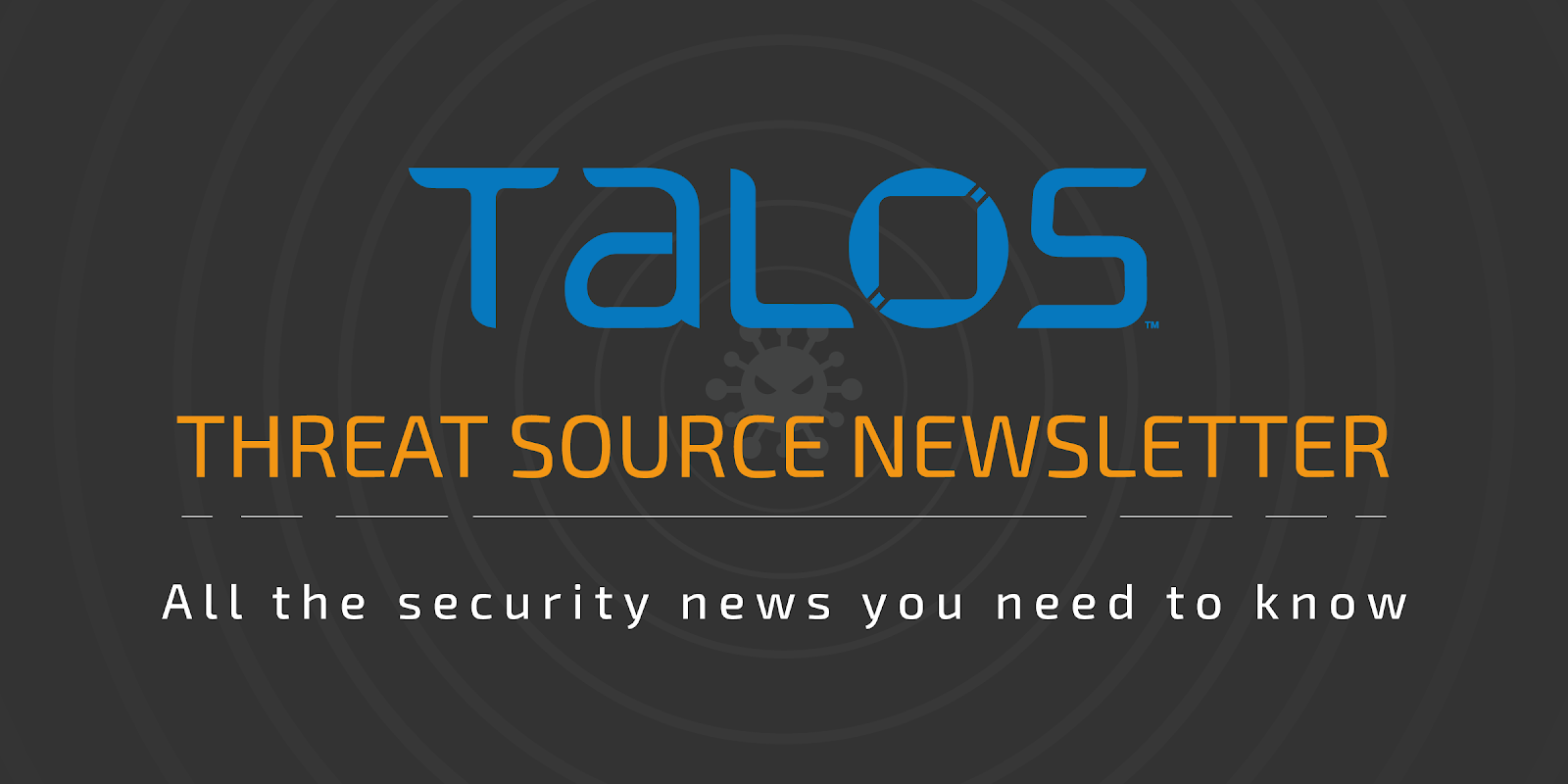 Election security is a touchy — and oftentimes depressing — topic of conversation. So why not let Beer with Talos bring some levity, and more importantly, expertise, to the conversation? The latest episode focuses solely on election security, as Matt Olney runs down what he’s learned recently from spending time with various governments.

On the research end of things, we released a post earlier this week outlining the details of a new campaign called “BlackWater” that we believe could be connected to the MuddyWater APT.

And since we know everyone was waiting on this, yes, there’s coverage for that wormable Microsoft bug everyone was talking about.

There was no Threat Roundup last week, but it’ll be back tomorrow.

Event: Copenhagen Cybercrime Conference
Location: Industriens Hus, Copenhagen, Denmark
Date: May 29
Speaker: Paul Rascagnères
Synopsis: Paul will give an overview of an espionage campaign targeting the Middle East that we called “DNSpionage.” First, he will go over the malware and its targets and then talk about the process the attackers took to direct DNSs. The talk will include a timeline of all events in this attack, including an alert from the U.S. Department of Homeland Security.

Event: Bsides London
Location: ILEC Conference Centre, London, England
Date: June 5
Speaker: Paul Rascagnères
Synopsis: Privacy has become a more public issue over time with the advent of instant messaging and social media. Secure Instant Messaging (SIM) has even become a problem for governments to start worrying about. While many people are using these messaging apps, it’s opened up the door for attackers to create phony, malicious apps that claim to offer the same services. In this talk, Paul will show various examples of these cloned applications and the different techniques used to send data back to the attacker.