The NCSC 2022 Annual Report – What does the future hold? 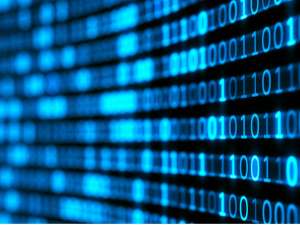 In Britain, the National Centre for Cyber Security (NCSC) is a government agency that provides advice and guidance for businesses and citizens on how to avoid cybercrime. Every year they publish an annual report discussing cybersecurity trends over the previous 12 months and what they expect to see happening next.

This is what the 2022 edition of the NCSC Annual Report contains:

Geopolitical instability has been increasing for some time and this year the NCSC identified four nation states that they believe represent a risk to Britain and its citizens. Russia, China, Iran and North Korea are all named as serious potential threats.

Specifically, the NCSC has warned that these countries may launch a range of attacks including:

Russia has used many of these techniques during the invasion of Ukraine, proving that they are effective – and highly dangerous to nation states and their citizens.

Cybercrime continues to be a serious problem for British citizens. Phishing and ransomware attacks do not require significant technical expertise to be effective – which is why criminals continue to use them. The NCSC says that reports of social media account hacking increased by 23.5% during 2022 for instance.

The NCSC has been active in protecting UK citizens too. The report claims that there were 63 cybersecurity incidents that required a national level response for instance. The NCSC also worked with their industry partners to prevent 2.1 million potential attacks against British citizens.

As the internet grows, it also becomes more complex and harder to manage. For IT experts, this means fixing problems takes longer, offering more opportunities for criminals to take advantage. And when a widely-used product like SolarWinds or Log4j is compromised, the potential damage caused by hackers could be catastrophic.

On a more positive note, the NCSC has recorded a fall in other types of attack, such as those relying on RDP technologies (Remote Desktop Protocol).

Into the future: Cybercrime for hire

Unfortunately, the NCSC does not predict a reduction in cybercrime activity any time soon. During 2023 they are expecting an increase in crime as more hacking and surveillance tools become available. There are dozens of products and services available for purchase online, allowing any criminal gang (or hostile nation state) to launch new, effective attacks quickly and easily. The NCSC also warns that these same techniques are being increasingly used in corporate espionage where companies use hacking tools to spy on competitors and their customers.

Clearly 2023 will be another busy year for government, businesses and citizens in the UK. To get a head start, and to avoid becoming a victim of cybercrime this year, download a free trial of Panda Dome today.

The post The NCSC 2022 Annual Report – What does the future hold? appeared first on Panda Security Mediacenter.

Article Link: The NCSC 2022 Annual Report – What does the future hold?