Javvad Malik composed this survey on cloud and IoT security for RSA 2017. He missed RSA due to having a new baby, but we went ahead and conducted his survey in our booth at RSA. While we missed him, we were able to get input from 974 RSA conference attendees. Here's a brief summary of the results and Javvad's conclusions from the data we gathered: 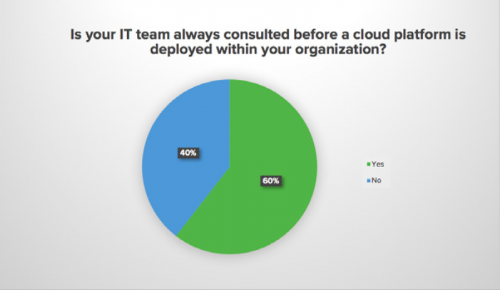 It’s vitally important to know what assets you have and where. Cloud and IoT each present different challenges in this regard. Cloud can spin instances up and down on demand, but what you don’t always know is how many different cloud apps are in use at a particular point in time in a given environment. IoT, on the other hand, introduces physical devices into the environment and while keeping track of the assets might be easier than with cloud, physical security becomes a larger concern. Ultimately, you can’t stop progress. Instead, you need to adapt to it and find ways to make it better through better monitoring.

Regardless of how technologies continue to change and evolve, the principles of threat detection will largely remain the same. This involves knowing which assets you have, identifying where vulnerabilities exist, and monitoring to detect when attempts are made to exploit those vulnerabilities, be it directly, or indirectly. Growing complexity remains an ever-increasing challenge for security professionals. For this reason, steps should be taken to streamline the technology stack and associated business process. Unification of security utilities can prove invaluable to streamline monitoring for threats across the different cloud, on-premises, and physical environments. Finally, it’s important to understand that for many new businesses, and indeed even traditional businesses, the value of the business no longer resides in the physical premises or inventory – rather it is contained within its data. This makes data security all the more important from an organizational point of view.

Criminals are also wise to the value of corporate data and continually evolve attack techniques that can increase their chances of success. For this reason, a reliable and continuous source of threat intelligence can help keep companies on top of all the latest attack techniques and emerging threats, whether they affect the public cloud, private cloud, onpremises infrastructure, or Internet of Things devices.