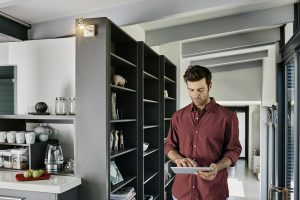 These days, we seem to have a newfound reliance on all things ‘smart.’ We give these devices the keys to our digital lives, entrusting them with tons of personal information. In fact, we are so eager to adopt this technology that we connect 4,800 devices per minute to the internet with no sign of slowing down.  This is largely because smart devices make our lives easier and enjoyable. But even though these devices are convenient, it’s important to understand they’re also convenient for cybercriminals, given they contain a treasure trove of personal data. To examine how exactly these hackers plan on capturing that data, we at McAfee have taken a deep dive into the mobile threat landscape in this year’s Mobile Threat Report. In this report, we examine some of the most significant threat trends, including new spyware, mobile malware, and IoT attack surfaces. Let’s take a look at these trends and how you can keep all your devices protected.

In our 2018 report, we predicted that attacks targeted toward mobile devices would increase, and everything from fake Fortnite apps to increased mobile malware has proven this to be true. However, two recent discoveries, Operation RedDawn and FoulGoal, prove just how targeted these attacks can really get. RedDawn, in particular, has set its sights on North Korean refugees, as the spyware attempts to copy photos, contacts, SMS messages, and other personal data belonging to the victim.

Our smartphones are now like remote controls for our smart homes, controlling everything from lights to locks to kitchen appliances. So, it was only a matter of time before cybercriminals looked for ways to trick users into leaving open a virtual backdoor. Enter TimpDoor, an Android-based malware family that does just that. First appearing in March 2018, it quickly became the leading mobile backdoor family, as it runs a SMiShing campaign that tricks users into downloading fake voice-messaging apps.

These virtual backdoors are now an ever-growing threat as hackers begin to take advantage of the always-connected nature of mobile phones and other connected devices. Once distributed as Trojanized apps through apps stores, like Google Play, these backdoors can come disguised as add-on games or customization tools. And while most are removed fairly quickly from app stores, hackers can still pivot their distribution efforts and leverage popular websites to conceive a socially engineered attack to trick users into enabling unknown sources.

The Voice Heard Around the Home

Around the world, there are already over 25 million voice assistants, or smart speakers, in use. From simple queries to controlling other IoT gadgets throughout the home, these devices play a big role in our living environments. But many of these IoT devices fail to pass even the most basic security practices, and have easily guessable passwords, notable buffer overflow issues, and unpatched vulnerabilities. This makes voice assistants an increasingly valuable and potentially profitable attack vector for cybercrime.

For a typical voice assistant in the home, the attack surface is quite broad. Cybercriminals could gain access to the microphone or listening stream, and then monitor everything said. Additionally, they could command the speakers to perform actions via other speaker devices, such as embedding commands in a TV program or internet video. Crooks could even alter customized actions to somehow aid their malicious schemes. However, some of the most pressing vulnerabilities can come from associated IoT devices, such as smart plugs, door locks, cameras, or connected appliances, which can have their own flaws and could provide unrestrained access to the rest of the home network.

The good news? We at McAfee are working tirelessly to evolve our home and mobile solutions to keep you protected from any current and future threats. Plus, there are quite a few steps you can personally take to secure your devices. Start by following these tips: