New GoBrut Version in the Wild

Back in March we spotted and monitored a new emerging threat which we dubbed as GoBrut botnet. In our previous blog post, we analyzed a Windows version of this bot, arguing about the usage of the GoLang programming language, a modern language able to reach extremely high level of code portability, potentially enabling the attackers to write code once and compile it for every OSes. That’s exactly what happened. We discovered a new version of the bot compiled for Linux hosts.

This is not the first Linux compatible GoBrut sample discovered in the wild, in fact, other security firms reported in April 2019 the version 2.24 of the bot has been compiled for Linux systems. Our recent discovery, instead, regards an even newer version of the bot, version 3.06. Even in this case it was compiled for Linux environments.

For this reason, Cybaze-Yoroi ZLAB decided to dig into this new version of the Linux GoBrut bot.

During our intelligence monitoring operations, we encountered a compromised website containing a conspicuous number of suspicious files, in particular ELF binaries. The files were actually copies of the same unique sample.

Table 1: Information about the GoBrut version 3.06

So, we proceeded to compare this latest sample with the previously known ones reported in the AlertLogic technical article. 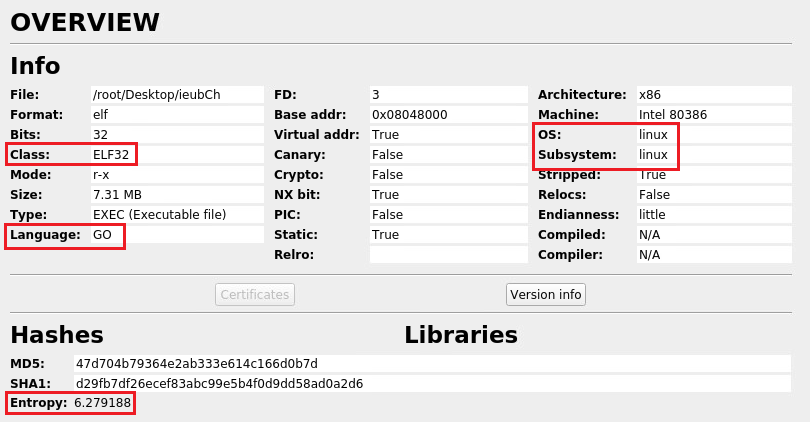 The sample has many similarities with the other known GoBrut ones, similarities observed both during the static and the dynamic analysis session. For instance the control flow and the communication protocol are the same, the checking and the retrieval of the jobs have no major changes. In detail:

Figure 4: Registration to the C2

Also, the sample registers itself to the C2 through the path “bots/knock” indicating its kind of worker, the host OS and the version of the malware. The C2 responds with “1” as acknowledgement.

The malware indicates to the C2 its version and the target architecture and the C2 responds indicating whether some updates are available with a simple “yes/no” response.

During the time of analysis, the only active project configured by the botnet operators was the “wpBrt” one, a “WordPress Brute Forcing” attack campaign configured to attack over 270 thousand of with third parties websites with dictionary attacks.

Figure 7: Response of C2 with the JSON file containing the targets

Like all the previous versions, also this one retrieves the target list in JSON format and starts trying to access them. At this point, we can summarize the observed behaviour of the GoBrut bot with the following diagram: 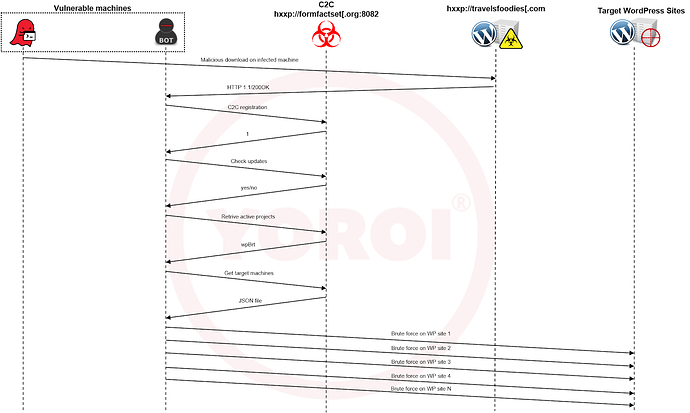 As previously mentioned, the behavior of the bot remained similar to the older versions. However,  this new version has been made more powerful due to the addition of new features. It has been equipped with new brute forcing modules, in particular with:

The full set of modules can be found in the section “List of Workers” .

Like our previous analysis, we collected the list of targets of the current botnet campaign and, at the time of writing, we identified more than 270k third parties destinations under attack. 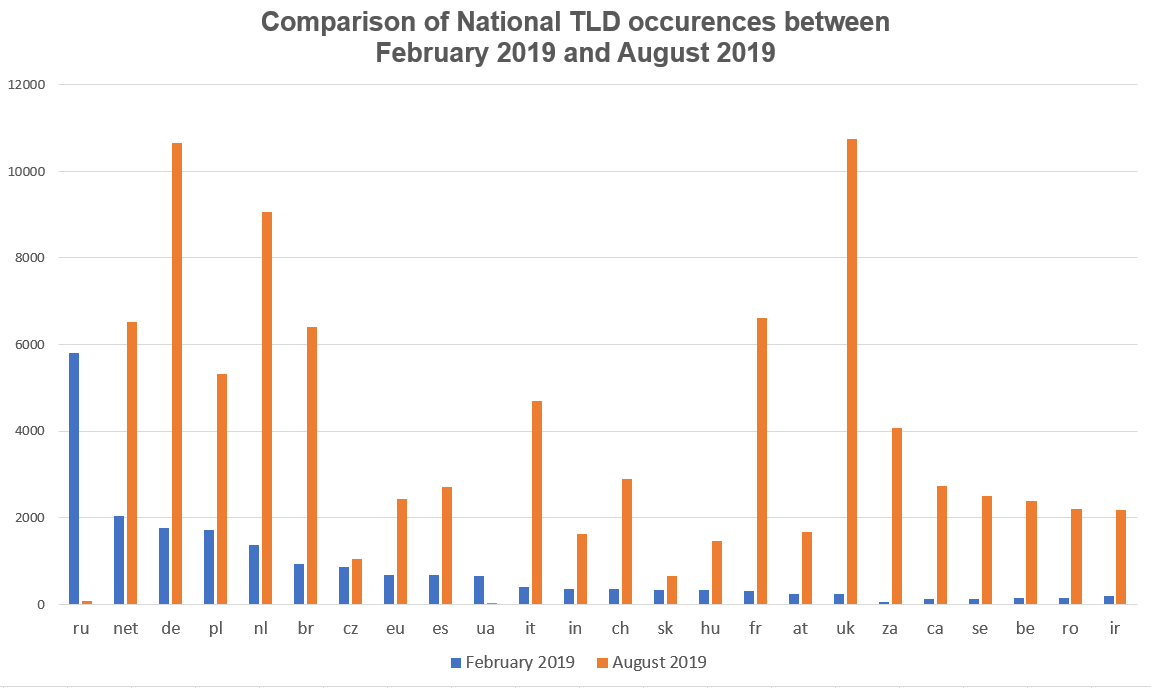 Figure 9: Comparison of National TLD occurrences between February 2019 and August 2019

In addition to the “.com”, “.org” and “.info” domains, we notice that most TLDs refer to the EMEA region and, this time, almost no Russian TLD is present. This could mean, with low confidence, the botnet operators may not want to run attacks against the Russian cyberspace, perhaps due to the possible Russian origin of its current clients.

Also, we found over 4600 Italian TLDs appeared in the target list of this GoBrut campaign. Most of them are Small-Medium Companies running WordPress based websites, but there are also Law Firms and No-Profit Associations. As described in our Collection #1 Analysis Whitepaper (ITA), these kind of entities can also be targeted by criminals to exploit their relationship and reputation in order to reach more valuable targeted such as Enterprises, Corporates or VIPs.

The active development of this botnet is another indicator of the increasing popularity of GoLang even for the malware writers. This trend has also been noticed by PaloAlto Unit42 in a technical article published back in January 2019, where they observed an important increase in the number of GoLang powered malware since 2016.

Moreover, the analysis of this StealthWorker/GoBrut version shows the increasing effort of the attackers in expanding their operations, supporting more technologies and adding other recon modules.

We also observed that the targets of this last campaign are hundred of thousand WordPress powered websites, and part of them are related to Italian economic fabric, confirming the increased dangerousness of the botnet along with the presence of ongoing malicious campaigns.

This blog post was authored by Luigi Martire, Davide Testa and Luca Mella of Cybaze-Yoroi Z-LAB