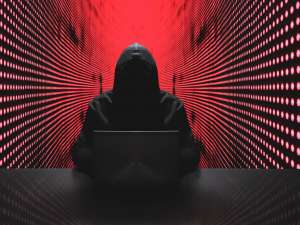 A ransomware attack on Sinclair Broadcast Group (SBG) last week crippled tens of TV stations across America. SBG, one of the largest TV stations operators in the USA, released a statement confirming that the cyberattack is disrupting office and operational networks. In addition, investors were told that the cyber security incident has caused and may continue to disrupt different parts of the business. Many of the disruptions are visible as on WJLA, a Sinclair-owned ABV affiliate in Washington, earlier this week, anchors opened their afternoon newscast by informing viewers that the TV station was under a cyberattack. In addition, WZTV, a Nashville TV station, put out a notice on their website that they are experiencing severe technical issues.

The attack was first reported in mid-October but continues to impact the workflow of many stations owned by the broadcasting group. Sinclair executives have forbidden reporters from discussing the issue with other media outlets. According to CNN, many reporters claim that they do not have access to emails, phones, or video files and graphics. Other reporters said that they are receiving pressure from senior management to continue broadcasting as usual. In a statement to CNN, SBG said that they are slowly but steadily returning to their complete regular programming schedule and are working hard to resolve the issues caused by the cyber incident.

The attack is yet another hit on critical infrastructure in the USA. This time the hackers aimed at the already struggling TV network provider. The initial report suggests that a well-known hacking group located in Russia is behind the attacks. The cybercrime group is called Evil Corp, and according to Bloomberg, the hackers used malicious code known as Macaw to attack the broadcasting group. SBG has admitted that data has been stolen, but currently, there is no definitive information about what type of data is in the hands of the Russian hackers. Also, there is no information about how much ransom the hackers want from the corporation and whether SBG has paid anything so far.

The FBI has been after the suspected leader of Evil Corp, Maksim Yakubets, since 2019. The United States Department of State’s Transnational Organized Crime Rewards Program offers a reward of up to $5 million for information leading to the arrest and/or conviction of the high-profile hacker. His organization is also considered to be involved in the cyber-attacks of meat producer JBS USA earlier this year and the incident at Colonial Pipeline that caused havoc in many East Coast states in the USA. The Russian cybercrime group continues to be active even though the US government sanctioned them.

The post Multiple Local TV Stations in the USA Stop Working Due to A Cyber Attack appeared first on Panda Security Mediacenter.