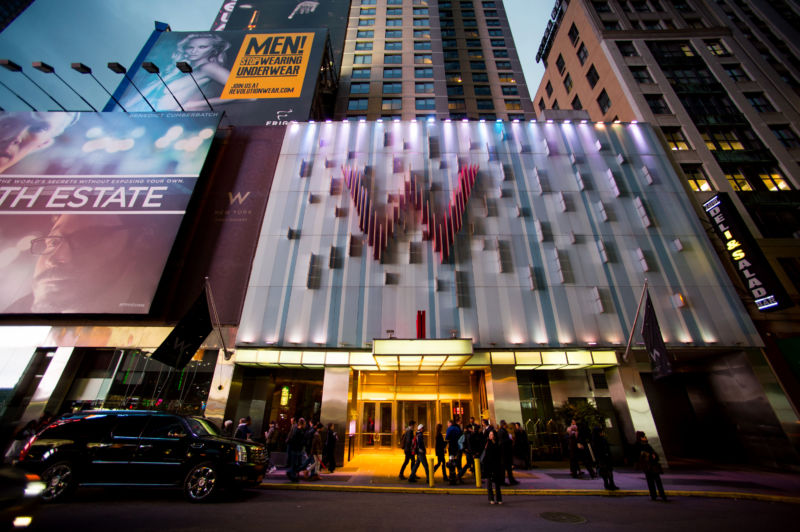 Enlarge / Marriott Hotel brands like the W hotel were breached between 2014 and 2018. (credit: Craig Warga/Bloomberg via Getty Images)

On Friday, Marriott International announced a system breach that has affected approximately 500 million customers, with stolen information including names, credit card numbers, mailing addresses, email addresses, and passport numbers. The breach is one of the largest in history, after recent Yahoo breaches that compromised the accounts of nearly three billion customers.

The breach appears to have originated at Starwood hotels in 2014—two years before Marriott acquired the hotel chain, according to The Washington Post. "When Marriott acquired Starwood in 2016, the existing breach went undetected during the merger and for years afterward," the Post noted.