Malware Detection Techniques – Why You Should Monitor Attack Campaigns 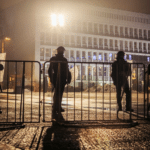 By the end of 2017, 70% of organizations believed that their endpoint security risk had grown significantly over the last twelve months. At the same time, general faith in antivirus solutions and malware detection techniques had degraded. With quickly proliferating endpoints, multiple attack vectors, and networks of ever-increasing complexity, organizations are finding it all but impossible to monitor and mitigate individual security incidents. But there is a solution. By looking at attack campaigns rather than chasing down individual incidents, organizations can achieve a holistic, next-generation approach to network protection. This approach improves security effectiveness and security team productivity while reducing risk.

Traditionally, malware detection techniques and mitigation solutions have tracked and reported individual point-in-time alerts. This leaves analysts to hunt down and mitigate each one, many of which turn out to be false positives. Eventually, this rush of isolated alerts becomes background noise to an analyst, causing analysts to prioritize some and ignore others. Though this leads to short-term efficiency, it also sets the analyst up for failure; eventually, a significant threat will find its way through.

More than 90% of cybersecurity professionals are concerned that hackers will be using AI in sophisticated, harder to detect cyberattacks. These are no longer single events, but instead complex, prolonged campaigns. Rather than simply scanning for vulnerable systems and attacking vulnerabilities once, criminal attackers are selecting targets and engaging them over time. Artificial intelligence is making it easier to wage long-term campaigns. Many attacks today are multi-faceted or a part of larger campaign strategies, and many of the malicious attacks that have occurred in recent years have taken down large numbers of businesses at once. All of this creates a type of “living” attack that happens over time rather than being comprised of a singular incident.

Painting a Picture of an Attack

During a riot, peace officers don’t concentrate on individual rioters. They need to look at how the crowd is behaving, where it needs to be controlled, and which areas of the crowd require the highest level of response. Organizations must approach security threats in a similar way; by looking at the behavior as a whole.

By looking comprehensively at all facets of an attack, you are:

On average, it takes 46 days to detect and resolve a cyberattack, at a cost of $21,155 per day. Organizations can substantially reduce their costs by reducing the amount of time it takes to detect and mitigate threats.

Seeing separate alerts as pieces of a larger attack ultimately comes down to your analysts. They need to know how to look at the data and ultimately see the forest for the trees. When examining a potential attack and piecing together individual alerts into an incident, it’s essential to use a combination of deterministic-based correlations and probabilistic algorithms.
Deterministic items include any logical inferences and relationships that can be made based on known data. For example, if you know that a particular strain of malware wants to first connect for command and control and then download additional malware, when those specific activities are detected it’s evident that they are part of the same attack.

Probabilistic items naturally refer to probabilities: what are the chances of an alert or multiple alerts meaning X. For example, if a number of events happen within a short amount of time, it is highly probable that they are connected.

Of course, your analysts can’t do all of the heavy lifting. Identifying separate alerts as being part of a larger whole also requires technology that can help your analysts to “connect the dots.”

Thankfully, there are solutions that can map complex attacks in real-time, giving analysts all the information they need to identify multi-faceted incidents and respond to threats before they become dangerous to an organization.

Through advanced cybersecurity solutions, businesses can focus their efforts on the threats that are most substantial to them, rather than wasting time chasing down each alert. As networks become more complex and additional endpoints are added, this type of all-in-one cybersecurity solution becomes even more critical.

The post Malware Detection Techniques – Why You Should Monitor Attack Campaigns appeared first on Lastline.