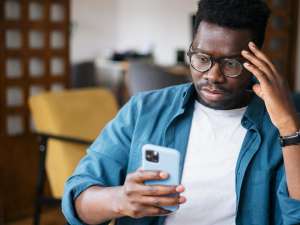 Apple products are regarded as some of the most secure devices currently on the market. Designed with an array of security programs, tools and features, you may be wondering, do iPhones need antivirus software, too?

Apple’s operating system (iOS) provides iPhones and other Apple devices with security features that make it extremely difficult for malware to infiltrate. However, if the phone has been tampered with, it may be worth taking additional security measures to protect your devices, such as installing antivirus software.

Can iPhones Get Viruses?

Like any computer, an iPhone can catch a virus. Viruses work by infiltrating systems, attaching to programs, replicating themselves and attaching those copies to further programs. This allows them to communicate, steal data and cause damage.

iOS is a closed ecosystem that restricts communication between programs and requires all applications to be approved by the App Store. These restrictions make it difficult for viruses to communicate and spread. If the original operating system is tampered with, however, like if the iPhone is jailbroken or doesn’t have the latest update, the phone becomes vulnerable to virus attacks.

What Viruses and Other Threats Affect iPhones?

A virus is just one type of malware that can be found on an iPhone. There are many types of iPhone viruses and other cyber threats that could affect your device if it has weakened security, including:

Although these different attacks have similar characteristics, such as the information they’re seeking or the channels they use to infiltrate your device, it can take a stockpile of protective features to combat them all at once. 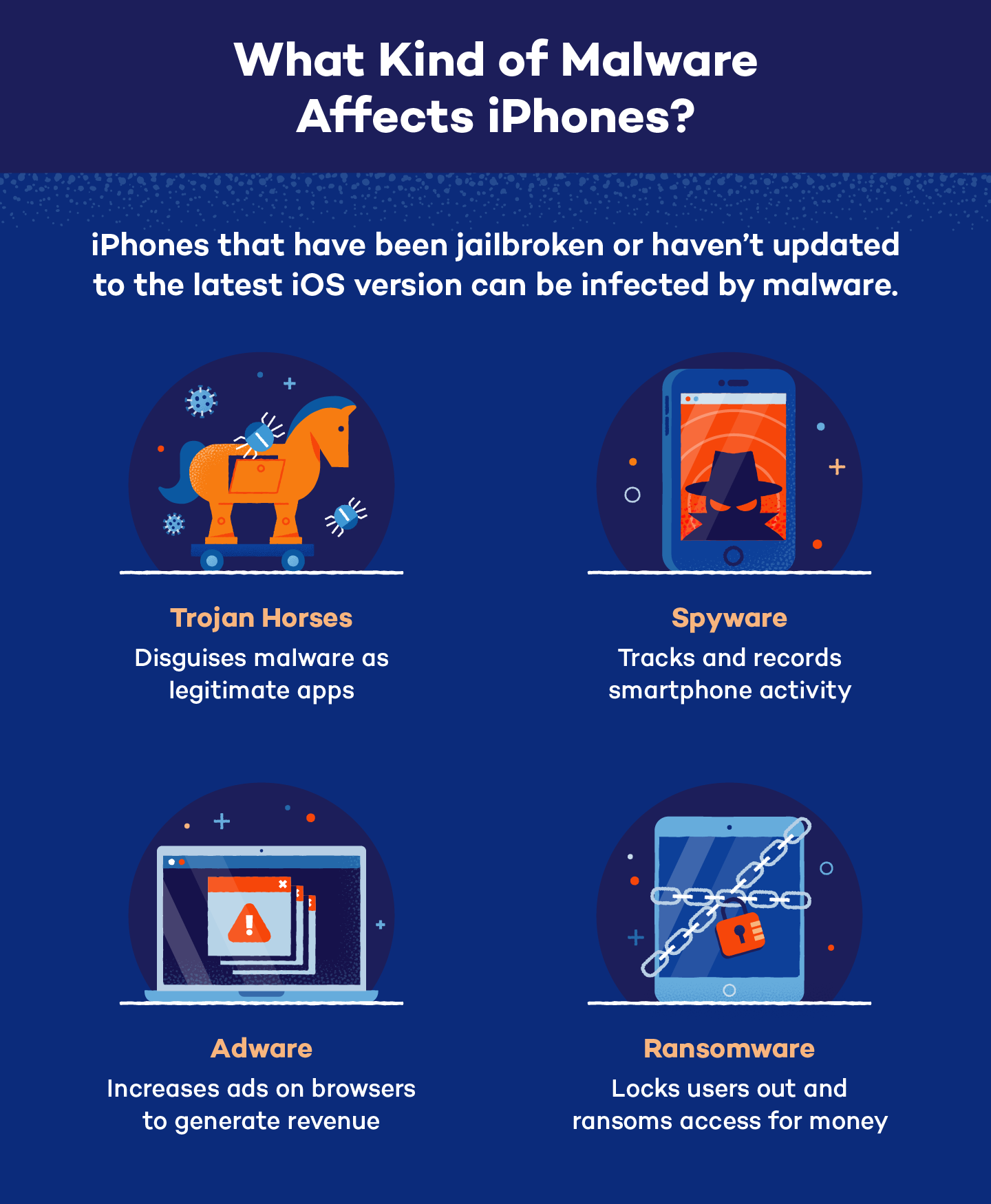 How to Detect Viruses on iPhones

One of the most difficult virus characteristics to deal with is its ability to remain unseen and undetectable. Many users may not even be aware that there is a virus on their iPhone.

However, there are several red flags that can indicate an iPhone has a virus, including:

Of course, these signs do not always mean that an iPhone is infected. They may instead indicate that the phone is simply outdated, broken or old. However, because an iPhone virus scan tool is not preinstalled, the root of these issues can be difficult to determine. The most effective way to take care of your device is to be proactive with safety measures.

Do iPhones Have Built-in Security?

Apple’s reputation of being the most secure brand of smartphones and computers is in part due to its multitude of built-in safety features and programs for its devices. However, if something happens to impair these features, such as missing an update, damaging the phone or accidentally turning a feature off, the iPhone would once again remain exposed to viruses and other threats.

Here’s a list of preinstalled Apple tools and features to keep in mind while thinking about your phone’s security.

Fraudulent Website Warning is a Safari setting that indicates if the website you’re trying to visit is suspected of phishing. If Safari calculates that the site is imitating a legitimate business in an attempt to steal your personal data, it will warn you and prevent access to the site.

The Apple ID two-factor authentication feature was released in 2015 and is now a staple across almost every Apple ID account. Only usable with an additional device, users are required to log in by first entering their password, and then inputting a six-figure code that’s automatically sent to a trusted or previously authenticated second device.

Created for the Apple Mail app, Mail Privacy Protection is a service that prevents scammers from tracking your email activity. This could include your IP address, the times you’ve interacted with a message and what actions you’ve taken with it. However, this feature is limited to the Mail app and cannot be enabled on third-party mail apps.

For those looking to take the extra step in protecting their smartphone against viruses, malware and other digital attacks, consider: 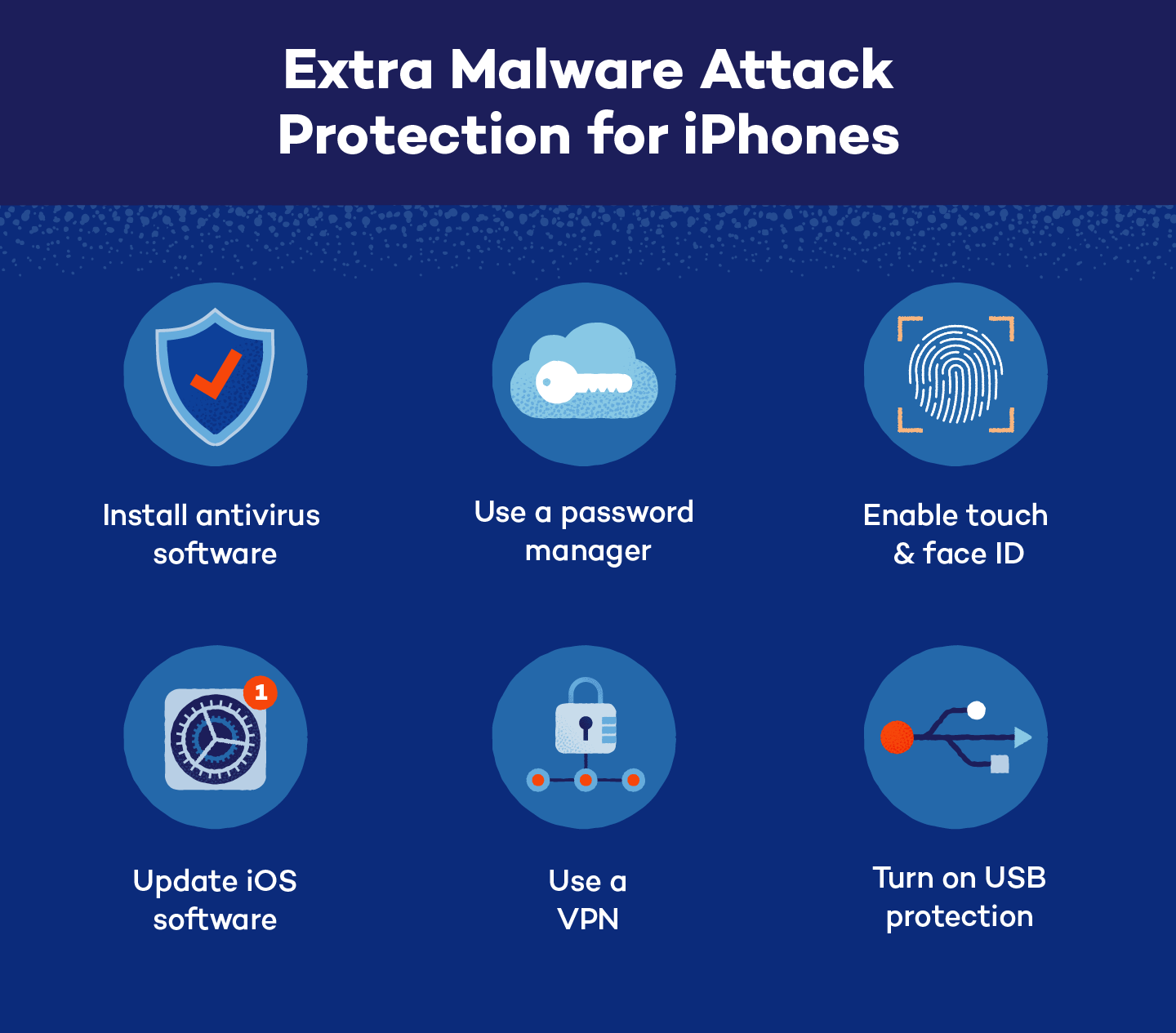 Despite Apple’s best efforts, hackers will continue to find ways around its safety and privacy technology. And although you may not need it now, it is possible that there will soon be a time when you question whether your iPhone needs antivirus support to stay secure.

Of course, smartphones are not the only Apple products at risk. It’s important to remember to also protect Mac desktops from viruses with effective software. Ensure your entire digital landscape is protected with a Panda Dome Premium antivirus service plan today.