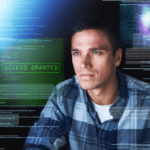 One of the biggest concerns of any cybersecurity analyst is whether or not they will be able to stop an attack before it can do any damage. That said, making sense of the flood of alerts is, in itself, a time-consuming task. As networks become more complex and malicious attacks become more advanced, it can become difficult to hit your incident response targets. With the right network security tools, however, your organization very quickly can detect, prioritize, and remediate threats.

Effective network security begins with triaging each security alert as it comes in. In triage, threats must be prioritized based on risk. Any organization’s network is going to experience a constant influx of alerts about anomalies or potential threats. Many of these will be false positives – they will ultimately be identified as normal, benign activity. Other threats are going to require immediate attention. Identifying the difference between these threat categories, and doing so quickly, is essential.

Triage controls how resources are allocated towards the investigation and remediation of different types of threats. Of course, once threats are detected, they have to be addressed, but there is no organization that has limitless resources. On a practical level, an organization’s team responsible for network and information security is going to need to prioritize its potential issues as effectively as possible.

When everything is up to an organization’s IT team and analysts, IT professionals need to spend a great deal of their time identifying threats, researching them, and finding the best solutions for managing them. Even the most effective IT team may not be able to repeat this process for every threat that arrives, nor be able to deal with these threats quickly enough while still managing day-to-day tasks.

The answer is smarter network security tools – solutions that can be used to provide fast and effective triage. Effective triage means that an organization can scale upwards with fewer resources and, most importantly, is less likely to experience a data breach.

For most organizations, manual triage is nearly impossible – an automated solution needs to be in place to sort through all of the data and accurately prioritize each alert. Security tools using machine learning can automate much of the process of triage, so your IT professionals can immediately step in with an already prioritized and consolidated list of alerts.

With the right network security tool, analysts sort through the clutter in four ways:

Finally, triage isn’t just about speed – it’s also about the ability to do more with less. Given the fact that network environments are rapidly growing, and given the challenges of finding qualified candidates for open security positions, companies need to be able to manage their networks with limited resources. With advanced network security solutions, they can quickly and effectively identify the highest-risk alerts, and remediate threats before they become serious problems.