How to Protect Three Common IoT Devices in 2019 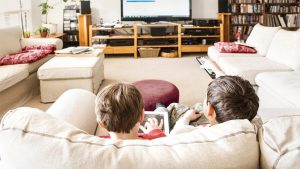 It’s no secret – IoT devices are creeping into every facet of our daily lives. In fact, Gartner estimates there will be 20.4 Billion IoT devices by the year 2020. More devices mean greater connectivity and ease of use for their owners, but connectivity also means more opportunities for hacks. As we look toward the year ahead, let’s take a look at some common IoT devices that could be targets for cybercriminals –gaming systems, voice tech, routers, and smart cars– and how to protect them.

Routers are very susceptible to attacks as they often come with factory-set passwords that many owners are unaware of or don’t know how to change, making these devices easy targets for hackers. That’s bad news, since a router is the central hub in a connected home. If a router is compromised and all of the devices share the same Wi-Fi network, then they could potentially all be exposed to an attack. How? When an IoT device talks to its connected router, the device could expose many of its internal mechanisms to the internet. If the device does not require re-authentication, hackers can easily scan for devices that have poorly implemented protocols. Then with that information, cybercriminals can exploit manufacturer missteps to execute their attacks. To help protect your router (and thus all your other devices), a best practice is to consider one with a layer of protection built-in, and be sure to use a long and complex password for your Wi-Fi network.

Over ten years ago, researchers found that many video gaming consoles were being distributed with major security issues involved with the Universal Plug and Play protocol (UPnP), a feature that allows IoT devices on a network to see each other and interact with one another. However, not much has been done to solve the problem. Through exploiting the UPnP weaknesses in gaming systems to reroute traffic over and over again, cybercriminals have been able to create “multi-purpose proxy botnets,” which they can use for a variety of purposes.  This is just the jumping-off point for malicious behavior by bad actors. With this sort of access into a gaming system, they can execute DDoS attacks, malware distribution, spamming, phishing, account takeovers, click fraud, and credit card theft. Our recent gaming survey found that 64% of respondents either have or know someone who has been directly affected by a cyberattack, which is an astonishing uptick in attacks on gamers. Considering this shift, follow our tips in the section above for routers and Wi-Fi, never use the same password twice, and be weary of what you click on.

In 2018, 47.3 million adults had access to smart speakers or voice assistants, making them one of the most popular connected devices for the home. Voice-first devices can be vulnerable largely due to what we enable them to be connected with for convenience; delivery, shopping, and transportation services that leverage our credit cards. While it’s important to note that voice-first devices are most often compromised within the home by people who have regular access to your devices (such as kids) when voice recognition is not properly configured, any digital device can be vulnerable to outside attacks too if proper security is not set up. For example, these always-on, always-listening devices could be infiltrated by cybercriminals through a technique called “voice squatting.” By creating “malicious skills,” hackers have been able to trick voice assistants into continuing to listen after a user finishes speaking. In this scenario an unsuspecting person might think they’re connecting to their bank through their voice device, when unbeknownst to them, they’re giving away their personal information.  Because voice-controlled devices are frequently distributed without proper security protocol in place, they are the perfect vehicle in terms of executing a cyberattack on an unsuspecting consumer. To protect your voice assistants, make sure your Wi-Fi password is strong, and be on the lookout for suspicious activity on linked accounts.

While you can’t predict the future of IoT attacks, here are some additional tips and best practices on how to stay ahead of hackers trying to ruin your year:

The post How to Protect Three Common IoT Devices in 2019 appeared first on McAfee Blogs.