How MVISION Mobile can combat the WhatsApp Buffer Overflow Vulnerability 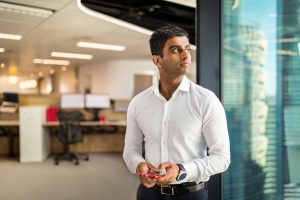 A new WhatsApp vulnerability has attracted the attention of the press and security professionals around the world. We wanted to provide some information and a quick summary.

This post will cover vulnerability analysis and how McAfee MVISION Mobile can help.

On May 13th, Facebook announced a vulnerability associated with all of its WhatsApp products. This vulnerability was reportedly exploited in the wild, and it was designated as CVE-2019-3568.

WhatsApp told the BBC its security team was the first to identify the flaw. It shared that information with human rights groups, selected security vendors and the US Department of Justice earlier this month.

WhatsApp suffers from a buffer overflow weakness, meaning an attacker can leverage it to run malicious code on the device. Data packets can be manipulated during the start of a voice call, leading to the overflow being triggered and the attacker commandeering the application. Attackers can then deploy surveillance tools to the device to use against the target.

An exploit of the vulnerability was used in an attempted attack on the phone of a UK-based attorney on 12 May, the  Financial Times reported. The reported attack involved using WhatsApp’s voice calling function to ring a target’s device. Even if the call was not picked up, the surveillance software could be installed.

To date, the detection technology inside MVISION Mobile has detected 100 percent of zero-day device exploits without requiring an update.

MVISION Mobile helps protect customers by identifying at-risk iOS and Android devices and active threats trying to leverage the vulnerability. It leverages Advanced App Analysis capabilities to help administrators find all devices that are exposed to the WhatsApp vulnerability by identifying all devices that have the vulnerable versions of WhatsApp on them and establish custom policies to address the risk. If the exploit attempts to elevate privileges and compromise the device, MVISION Mobile would detect the attack on the device.

For more information about MVISION Mobile, download our datasheet or visit our web site.