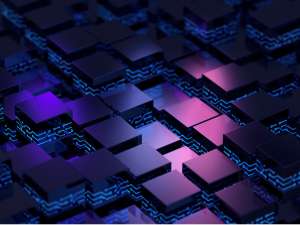 Last week a hacker managed to steal approximately $400 million worth of crypto from the Bahamas-based cryptocurrency exchange FTX. The yet-unidentified hacker is currently one of the wealthiest Ethereum crypto holders. Only 34 wallets in the Ethereum blockchain network hold more digital money than him. The now-bankrupt crypto exchange FTX announced the attack later in the day after over 130 firms of the crypto conglomerate suddenly filed for bankruptcy protection. The move also caused a panic selling in the crypto world that contributed to the already diluting crypto market.

Authorities still have not announced the name of the person behind the FTX attack, but law enforcement might already know the cyber criminal’s identity. The hacker, who many believe is an inside man, has struggled to operate the money and has made at least one amateurish move with the funds over the last few days. The attacker used verified personal accounts on the crypto exchange Kraken to cover transaction fees. Kraken’s Chief Security Officer Nick Percoco said that he knows the identity of the account used in connection with the stolen digital assets. It is unknown whether authorities will be able to reclaim the money back, but the hacker’s unsophisticated maneuvers mean that law enforcement agents might be able to recover the funds.

The hacker might be forced to return the money, but that is not all. The FTX crackdown exposed the weak security used by the crypto exchange and the business’ lack of liquidity funds. The FTX balance sheet, posted just a day after the attack, showed approximately $9 billion in liabilities and just $900 million in easy-to-sell assets. After the revelations, FTX’s founder Sam Bankman-Fried had no other option but to step down as the CEO of the crypto conglomerate. The now-broke ex-billionaire crypto mogul even listed his Bahamas mansion for sale, hoping to get at least $40 million. Sam Bankman-Fried is estimated to have lost more than $15 billion in less than a week.

The fall of Sam Bankman-Fried is also bad news for the Democrat party as the political organization lost one of its biggest donors. FTX’s CEO was the party’s second-largest individual donor in this election cycle after philanthropist George Soros. Politicians are actively re-gifting donations from Sam in an effort to distance themselves from the disgraced crypto mogul. The fall of the FTX exchange might also have an impact on Ukraine, as Sam Bankman-Fried helped set up a website raising funds for Ukrainians at the beginning of the war. The initiative was powered by the Ministry of Digital Transformation of Ukraine, FTX, and Ukrainian tech giant Everstake.

Even one of the world’s wealthiest people can become a cyber-attack victim, which could lead to a complete disaster. Being protected and prepared is undoubtedly a step forward to not becoming a victim of cybercrime. All connected devices must have a layer of protection, as the last thing you want is hackers sniffing around your crypto wallet, banking login information, and precious images stored on your device