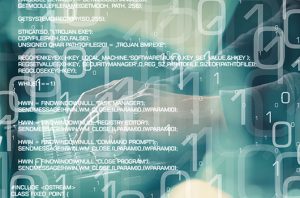 The article states that because organizations have invested more heavily in technology to protect their data and networks, cybercriminals must find innovative ways to circumvent those defenses — including exploiting vulnerabilities in the software supply chain. The article cites numerous findings in the survey that support this argument, such as:

The article also discusses why software supply chain attacks are such an attractive vehicle for threat actors. One factor is that smaller software vendors are more likely to bypass the robust security processes used by larger manufacturers, such as the security development lifecycle (SDLC). Yet, organizations continue to assume that the smaller vendors they use are adhering to the same security practices as large enterprises. As Bradley points out — this isn’t always the case.

The risk of a supply chain attack in DevOps and container environments is also addressed in the article, as cybercriminals exploit the use of open source code in DevOps and containerized applications. As the article points out, traditional security tools and best practices focus primarily on detecting and stopping unwanted applications. This makes it easy for attackers to slip malicious code into an app that’s already trusted by the organization. This can be seen in several attacks last year, including the PyPI attack targeting Python developers.

The article closes with some tips for defending against software supply chain attacks including the following:

The author closes with wise advice for any organization: “It’s up to you to implement sufficient due diligence to ensure that the code and tools you use meet the same standard for security that you expect inside your own network.”