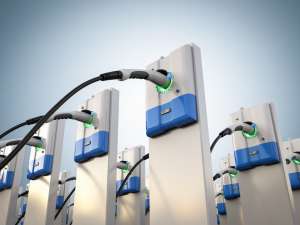 Electric vehicles are not the only parts of the growing EV industry that can be hacked and remotely accessed. The charging stations that power up such vehicles (EVCS) are also connected to the internet, and this makes them very vulnerable to malicious attacks. Everyone has been predominantly worried about the loopholes hackers find in electric cars, but now it is time to discuss all the other equipment electric vehicles need to operate, such as the public charging stations.

Attacks on EVCS can have real-life implications. Car drivers, car manufacturers, and even the city’s power grid could be negatively affected when hackers decide to tamper with the stations. Weak code used in the charging stations can expose the credit card details of drivers causing monetary loss. Vulnerabilities in the EVCS are also a concern for the manufacturers of electric vehicles, as compromised charging stations could help cybercriminals get their foot into those EVs. People who do not even drive electric cars might be affected as insufficient charging stations security could be considered an open door for hackers who want to cause damage to the power grid. Bad actors who have taken control of many EVCS could potentially reverse electricity back to the grid, destabilizing the electric stability in the whole area.

While stolen credit card information and companies being hit with attacks are generally not a surprise for anyone, attacks on critical infrastructure must be taken very seriously. Unfortunately, last year has shown everyone that attacking essential infrastructure has become a trend among cyber psychopaths. Ransomware attacks caused casualties in hospitals, the world’s biggest meat producer was hit with hefty ransomware, and bad actors caused havoc on the East Coast, leading to high-gas prices and panic gas buying. In addition, hackers openly tried to take advantage of dated water plants and almost managed to poison the drinking water of cities in California and Florida.

Cybercriminals will be using infected charging stations to steal money and tamper with the amount of released electricity. The worst part of this very likely scenario, is that the hard-earned money of EV drivers might end up in the hands of hackers located on another continent. The very same hackers can also steal information that could be used for blackmailing, identity theft, and surveillance.

Experts say that the adoption of electric vehicles will continue to grow over the next decades, and the charging stations needed for these vehicles are also expected to increase. We hope that those electrics stations will prepare well for the cyber threats as one thing is for sure, bad actors will continue to aim at this booming industry.