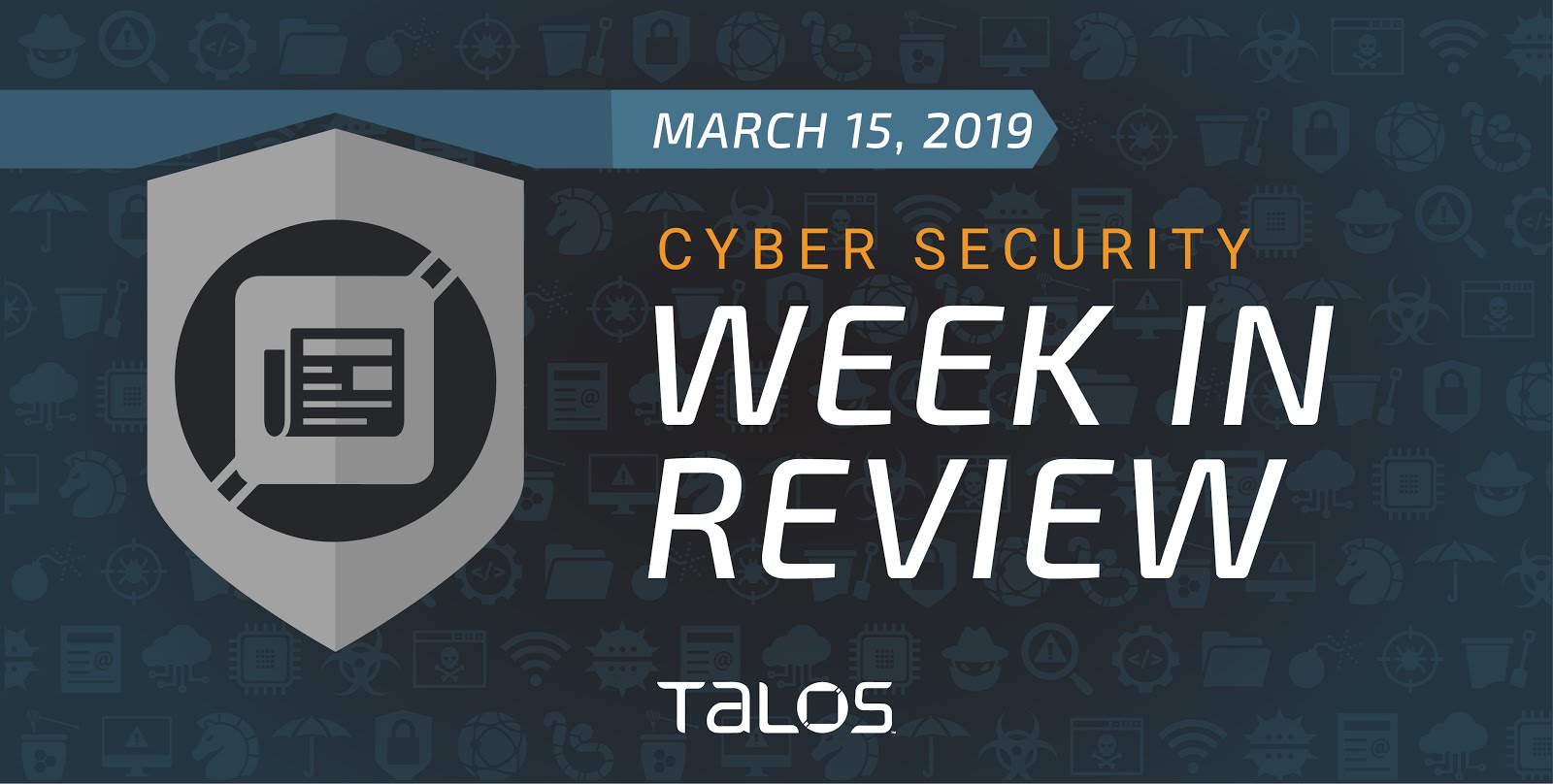 Welcome to this week's Cyber Security Week in Review, where Cisco Talos runs down all of the news we think you need to know in the security world. For more news delivered to your inbox every week, sign up for our Threat Source newsletter here.


The rest of the news