Big Tech and Legislators are Taking on Cyberflashing 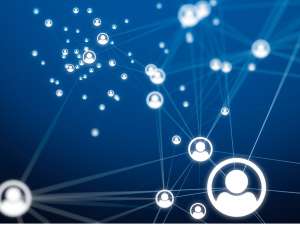 Unsolicited nude photos have been significant concern over the years. With the exponential adoption of social media over the last fifteen years and the constantly increasing popularity and affordability of smartphones with high-end cameras, technology has made it very easy for people to share private photos and distribute unsolicited content.

Sharing intimate photos between two consenting adults is generally not illegal. However, people, predominantly women, who work as casting agents, social media managers, and journalists have seen things they never sign up to see. A recent study by Pew Research Center concluded that no one is protected, and even regular folks and low-profile influencers are very likely to be victims of cyberflashing. According to the survey, more than half of the women thirty years or younger have experienced cyberflashing at least once.

Social media and dating apps have acknowledged the problem and are actively working to figure out how to fight cyberflashing. A popular dating app for women called Bumble recently scored a significant win by working with California’s Governor Gavin Newsom, who recently signed the cyberflashing bill SB 53 into law. The new law, often referred to as the FLASH Act, will go into effect on January 1st, 2023, in the Golden State. Similar bills have already been adopted in other states, such as Texas and Virginia. The bills introduced among states would allow plaintiffs to get between $500 to $30,000 in damages. Many states have open discussions about the topic, and some believe that one day there will be a federal law against cyberflashing.

Meta’s Instagram is also actively working to develop tools that protect users from receiving unsolicited private photos. The new filter addition would be part of Instagram’s “Hidden Words” feature, allowing app users to filter direct messages containing content they might find offensive. Apple’s Messages app does offer tools that could warn users when receiving or sending photos that contain nudity. Many believe that cyberflashing incidents could have long-lasting psychological damage, as seen in real-life victims of indecent exposure and flashing.

One way to not become a victim is to rely on filters offered by antivirus companies or tools integrated into the social media apps of choice. In addition, consumers need to be fully aware that storing nude photos in digital format is risky, and those files need to be well protected. Lastly, users must always block and report cyberflashing incidents to local police and the admins of the platform of choice.

The post Big Tech and Legislators are Taking on Cyberflashing appeared first on Panda Security Mediacenter.

Article Link: Big Tech and Legislators are Taking on Cyberflashing