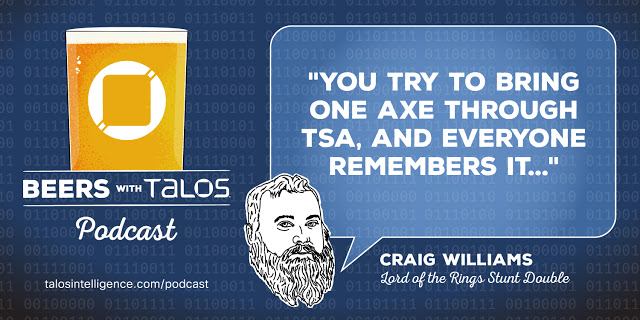 If iTunes and Google Play aren't your thing: www.talosintelligence.com/podcast

Recorded June 12, 2018 — This is a special episode for two reasons! To start, we recorded this live in one take from CiscoTV Studio B at Cisco Live! in Orlando, Florida — which leads to the second reason, there is video of this episode in the show notes below. Join us as we cover the VPNFilter update Talos released June 6, and we recap the inaugural Cisco Talos Threat Research Summit.

Ed. Note - This is what no content editing looks like...
TL;DL — The summit went great, Lurene’s keynote was as amazing as advertised, Craig has no idea how video switchers work, Mitch got a bad haircut just before doing a video podcast, VPNFilter is still bad news and can really only get worse, there’s lots of random Segway-type scooter-things milling about Cisco Live! Like, an inordinate amount.

19:23 - TTRS recap: Highlights, key points, and a glimpse of what comes next
34:19 - VPNFilter update: Discussing the updated model list, clearing up some common confusion, and the later discovered stage 2/3 modules.

Give us your feedback and suggestions for topics:
[email protected]