Application-Layer DDoS Attacks: The Numbers May Surprise You

The largest DDoS attacks get the most attention. After all, they are reaching sizes that were unimaginable only a few years ago. 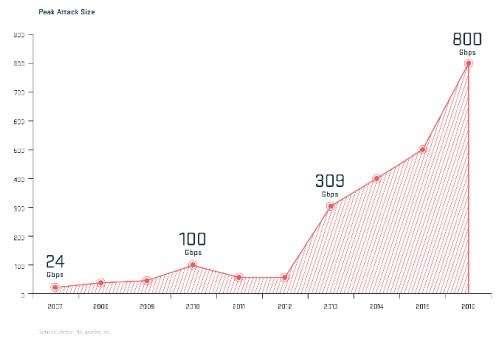 Network Guardians need to understand that the vast majority of attacks, 88%, are less than 2Gbps. For most enterprise networks, that is larger than their internet facing circuits. As my colleague Tom Bienkowski recently wrote, A DDoS Attack Only Needs to Be as Large as “Your” Network Pipe. DDoS attacks that target business-critical applications are often referred to as “low and slow” attacks. They target applications with what look like legitimate requests until they can no longer respond. According to Arbor’s 12th Annual Worldwide Infrastructure Security Report (WISR),

So why consider Arbor for on-premise DDoS protection?

When independent product testing firm NSS Labs conducted its first ever test of on-premise DDoS appliances, Arbor Networks APS earned the highest score for overall security effectiveness and a 100% score for application-layer protection versus an average score of 80%. Highlights from Arbor Networks APS Test Report include:

The post Application-Layer DDoS Attacks: The Numbers May Surprise You appeared first on Arbor Insights - Our people, products and ideas.