With the turning of the leaves and the first cold fall nights, usually at NopSec it means that the 2017 edition of our annual State of Vulnerability Risk Management Report is due. This year we are particularly excited because we collaborated with the exploration of a potential threat intelligence source and also our partnership with the AlienVault Labs Security Research Team for the research related to malware correlation.

The analysis of this year’s vulnerability trends could not come at a better (or worse) time since several relevant data breaches hit the news wires lately. The “400-pound gorilla” in the house is Equifax, with its multi-million customer records data breach and its patchable vulnerability on Apache Struts exploited by attackers to gain access to the compromised data. We will see from our 2017 State of Vulnerability Risk Management Report that these patch management delays are quite common, but avoidable nevertheless.

In the 2017 State of Vulnerability Risk Management Report we analyzed over a million of our customers’ anonymized unique security vulnerabilities. (By unique we mean security vulnerabilities that affect a specific customer, a unique host, on a unique TCP/UDP port). For the most part we use CVE and CWE categorization to correlate vulnerabilities, together with the presence of the 30+ unique threat intelligence feeds that NopSec Unified VRM utilizes, which include exploit-db and Metasploit exploits, active malware and targeted attack data, vendor patch data, social media conversations involving the related vulnerabilities and host value and impact information.

Before going on the discussion of our report’s results, a few disclaimers are due. First of all, this is not a random or representative sample. The data comes from our clients’ vulnerability population, which is necessarily skewed toward the industries most represented, including financial services and health care. Also, the sample is not all encompassing and cannot be considered representative of  the population of vulnerabilities. This is also not an Intrusion Detection System, meaning the system cannot be used to predict security intrusions. With that said, this research can still offer important insights to people that would like to improve their vulnerability risk management program. 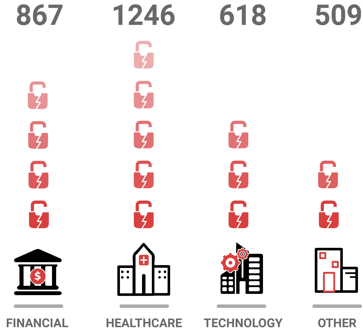 The first analysis we conducted in our customers’ vulnerability data was to understand overall which industry vertical has the most vulnerabilities (Figure 1), which was Healthcare, followed in second by the Financial Industry. A possible explanation for this is that the lower level of security maturity for Healthcare, and the huge number of assets under management for the Financial industry played a factor in explaining these numbers. 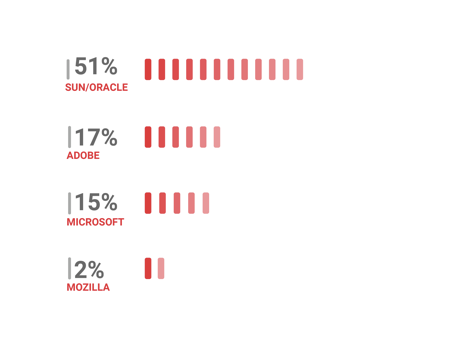 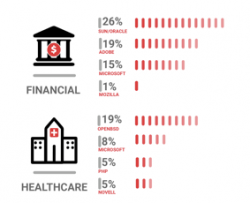 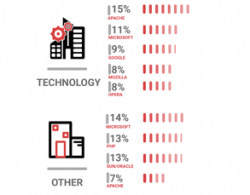 Then we turned our attention to analyze whether there are particularly good indicators of risk to classify and prioritize vulnerabilities. 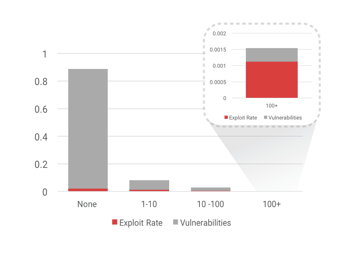 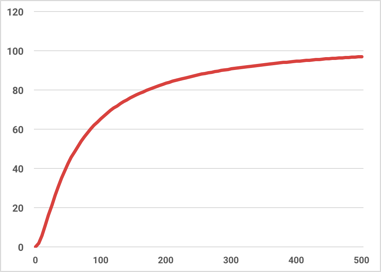 Social Media and the Dark Web

After considering social media data as a predictor of vulnerability risk, we turned our attention to Dark Web data. We gathered open Dark Web CVE vulnerability mentions in non-restricted forums and markets on the Tor-browsable Onion-router networks. Particularly, we were looking for vulnerability CVEs for sale that had no previous disclosure in public exploits. 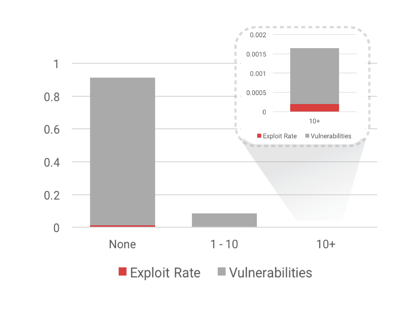 Despite the collection of CVE data on the Dark Web being relevant, unfortunately we could not determine a direct correlation between exploitability and mention on the Dark Web as a risk component like we did for the social media mentions (Figure 7). This may be because we only analyzed the open Dark Web - not restricted by passwords and gated communities - which represent only a relatively small part of the overall Dark Web, which is restricted to access. 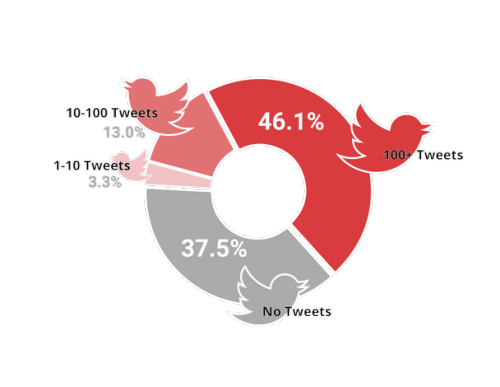 In conclusion, based on our 2017 State of Vulnerability Risk Management research, we determined that:

Thanks for the attention and see you next time at mid-year mark for our next NopSec State of Vulnerability Risk Management Report.

You can download a full copy of NopSec 2017 State of Vulnerability Risk Management Report from the following URL: http://www.nopsec.com/sov .